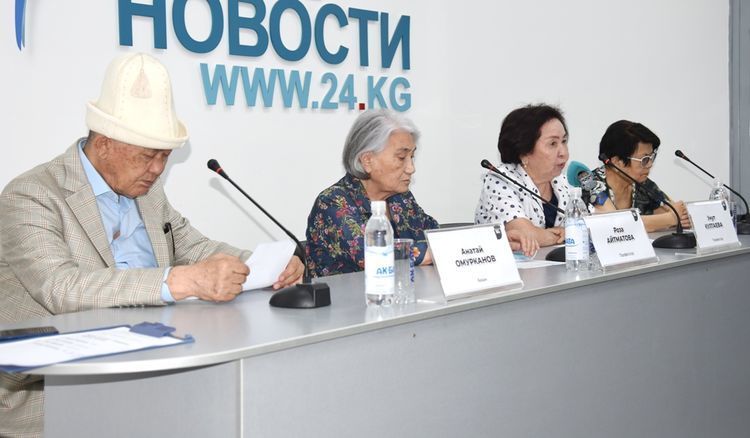 The latest detentions in Kyrgyzstan are reminiscent of 1937 during the Soviet Union. Representatives of the intelligentsia stated at a press conference at 24.kg news agency.

«I have known Omurbek Babanov since childhood. He was accustomed to work from an early age. We know that he started his business when he was young. It is unclear why he was arrested. Every day we hear that someone was detained, caught. Then they begin to blame and denigrate. It is not right. I remember 1937. This will not lead to anything good,» Roza Aitmatova said.

Anatai Omurkanov also believes that recent arrests are reminiscent of years of repression.

«Has the repression started again? Why they detained? What for? It is not clear. No one is allowed to see Babanov. What will happen tomorrow in our country,» he is worried.

The SCNS is investigating the criminal cases on Kumtor. The beginning of June was marked by high-profile arrests. Former and current deputies of Parliament Torobai Zulpukarov, Iskhak Pirmatov and Talant Uzakbaev were placed in the SCNS remand prison for two months. The court also ruled to arrest the ex-prime minister Omurbek Babanov and former speaker of Parliament Asylbek Jeenbekov. Their supporters believe these arrests are politically motivated.