A picket in support of the victims of armed conflict at Kyrgyz-Tajik border in Batken region of Kyrgyzstan was held near the Consulate of Tajikistan in Almaty city (Kazakhstan). 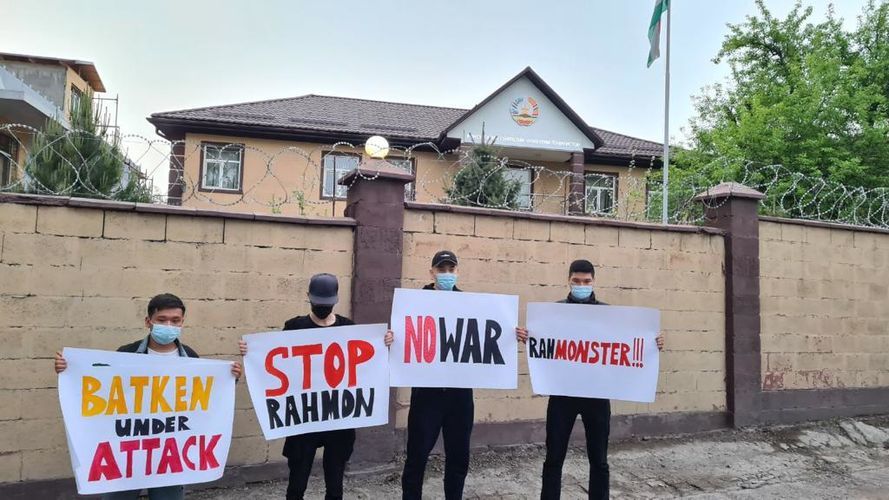 Similar protests are taking place all over the world. Kyrgyzstanis living and working in other countries ask the UN, OSCE, the European Union and other international organizations to contribute to peaceful settlement of the conflict and help the affected people of Kyrgyzstan.

The border conflict began on April 28 in the area of Golovnoy water distribution point. Local residents, army units and heavy weapons were involved in it. The parties finally agreed on the armistice and withdrawal of troops only on the evening of May 1.

At least 189 Kyrgyzstanis sought medical help, 36 people died, including children. More than 40,000 people have been evacuated from the conflict zone. The Tajik side unofficially reported more than 150 wounded and about 16 dead.

The Ministry of Emergency Situations reported that 120 houses and 84 social facilities had been destroyed in Kyrgyz border villages, including two schools, a village first-aid station, a kindergarten, a police station, four checkpoints, a medical center, a dental center, two pharmacies, a fire station, 27 gas filling stations, 34 retail outlets, five canteens and three banquet halls. Border outposts were also damaged. According to the Tajik side, more than 10 houses have been destroyed by fire in Khoja Alo border village.

The Prosecutor General’s Office of Kyrgyzstan assessed the actions of Tajikistan as military invasion and started pre-trial proceedings under the article «Crime against peace» of the Criminal Code of the Kyrgyz Republic.