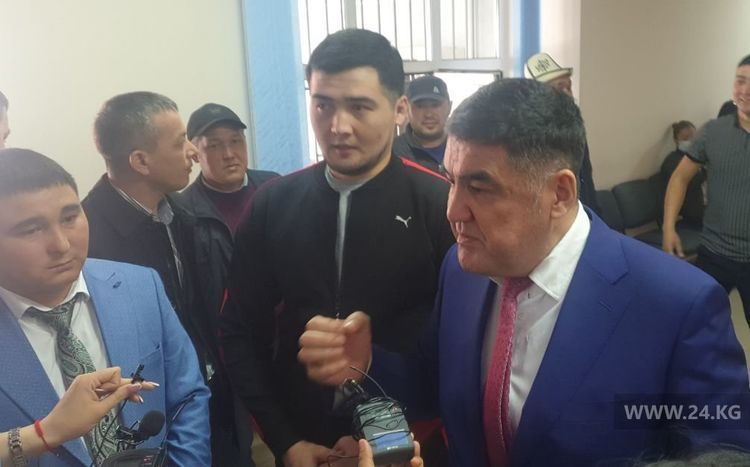 Trial of the criminal case against the ex-deputy interior minister of Kyrgyzstan Kursan Asanov continues in the Pervomaisky District Court of Bishkek.

During the hearing, presiding judge Adylbek Esenbaev said that preventive measure for one of the accused, Damirbek Paizylda uulu, has to be extended. In addition, the court should extend the proceedings.

According to Timur Sultanov, the identity of Damirbek Paizild uulu was established, he was not hiding from the investigation authorities.

Leaving the deliberation room, the judge Adylbek Esenbaev ordered to change the measure of restraint for the accused. Damirbek Paizylda uulu was placed under house arrest.

Kursan Asanov was removed from his post on August 13 for betraying the interests of the Kyrgyz police and loss of confidence. Later, the Military Prosecutor’s Office opened a criminal case on the fact of abuse of official position. On August 23, driver of the ex-deputy minister Damirbek Paizylda uulu was detained. He was accused of aiding in abuse of official position. On August 27, the former deputy head of the Ministry of Internal Affairs was arrested. The court chose for him a preventive measure in form of house arrest.