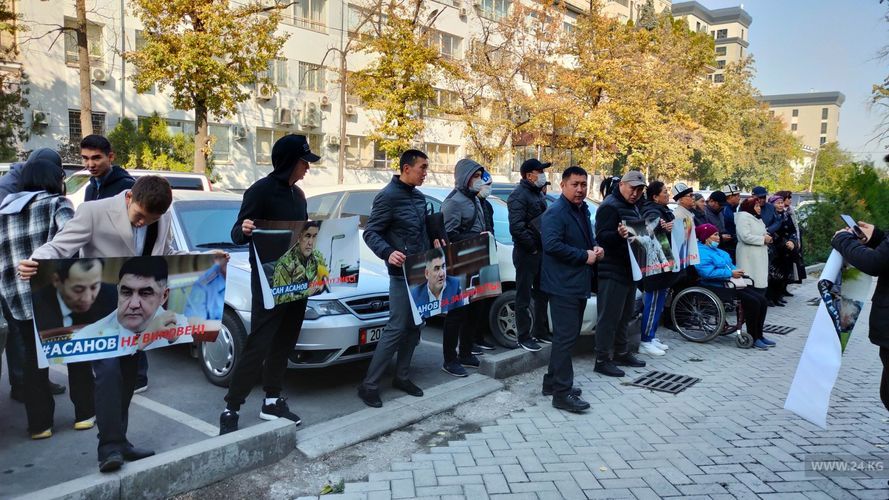 About 20 people with banners demand to release him from custody. They chant: «Freedom for the people’s general!»

Appeal of the lawyers of the accused of the attempted forcible seizure of power is being considered in the City Court.

Earlier, by a court order, Kursan Asanov was transferred to the detention center No. 50. Dangerous criminals, including terrorists, repeat offenders and members of organized crime groups are kept there. This is a special regime institution.

Kursan Asanov is a defendant in several criminal cases, including the events in Koi-Tash village in August 2019 and the riots in October 2020. In September, he was detained on suspicion of seizing power. The decision to keep Kursan Asanov in an isolation cell for repeat offenders was made by the court at the request of the Prosecutor General’s Office.