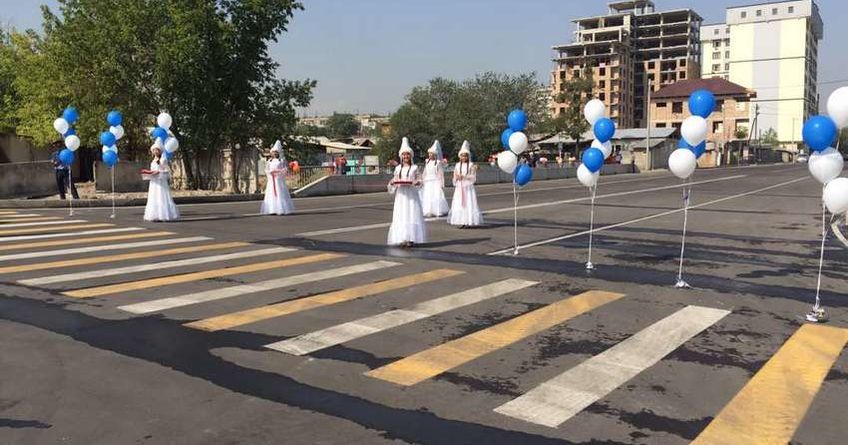 Two new bridges — across the Big Chui Canal on Orozbekov Street and across Alamedin river on Toktogul Street — were opened for traffic in Bishkek. The Capital Construction Department of the Bishkek City Administration reported.

«Previously, there were 42 bridges in Bishkek, five more have been built over the past two years, including those that were opened today. Work on two more bridges is being completed. One of them is across Ala-Archa river on Toktonaliev Street, which will open a way to Mederov Street. The second is the crossover in the eastern part of Leo Tolstoy Street, 95 meters long and 18 meters wide. It will connect the western and eastern parts of Leo Tolstoy Street. After completion of construction, this four-lane street will cross the entire Bishkek from west to east. The bridge on Leo Tolstoy Street will pass over the railway tracks. It rests on 60 piles and is located 6.5-8.5 meters above the railway track. At the moment, the elevated bridge is 75 percent ready, it is planned to finish the work this year,» the Capital Construction Department noted.

It also informed that the commissioning of the bridges would unload the streets of the capital at least by 20 percent, and after completion of the planned work on punching and reconstruction of all the streets in the city, traffic jams in the capital will reduce by 50-60 percent.

Speaker of the Bishkek City Council Almaz Kenenbaev noted that repair and maintenance of roads were the priority tasks for the city authorities.

«Roads of the capital are being actively repaired now. This is done in the framework of the concept of development of the street-road network. In recent years, the narrowest sections of the capital roads have been expanded, streets are made through where it is possible. Until recently, Toktogul Street ended in Gogol Street. Punching of Toktogul Street in the eastern direction and the construction of a road with a bridge with a way into April 7 Street will significantly optimize the transport flows,» he said.