Kyrgyzstan-Kazakhstan border. Situation does not improve 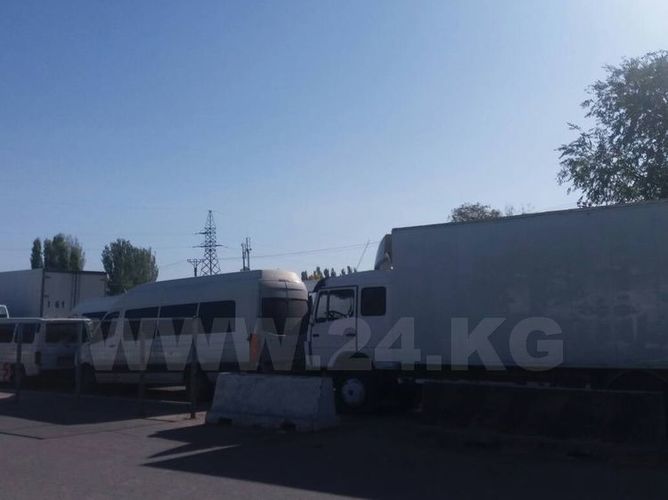 There are still queues on the Kyrgyz-Kazakh border. Despite the statements of the government of  on the negotiations with the leadership of , the situation has not improved since yesterday’s evening.

The Ministry of Emergency Situations has installed three tents on the border. Leninsky rural administration of Alamudun district allocated funds for meals. Those who wait at the border are provided with buckwheat with canned meat and hot tea. There are no people in tents now. They asked for help at night. Two ambulances are on duty. However, doctors say that there were no serious incidents.

It should be noted that passage of citizens and cars to  from is carried out as usual. Those who have managed to cross the border told that they did not have any difficulties. Cars and minibuses enter the without problems.

Entry to  is difficult. Truck drivers confirmed that the passage was eased at night for a few hours, but the situation did not change significantly. There is still a big queue there.

«We have been standing at the border since yesterday evening. We came here at about 6 pm and still can not cross the border. The queue does not move, but we carry perishable goods — grapes and strawberries. No one can help. Every car is inspected for at least half an hour. We do not even know whether we will be able to cross the border today,» an entrepreneur Makhabat told to 24.kg news agency.