The team of Kyrgyzstan won one silver and four bronze medals at the CIS Games in Kazan city yesterday.

These are kuresh wrestlers, who brought the medals to the country’s collection.

The national team of Kyrgyzstan moved one line down in the medal standings and took the 6th place.

The national team of Russia takes the first place with 40 gold medals, Uzbekistan — the second with 14 awards of the highest dignity, Kazakhstan has six gold medals. 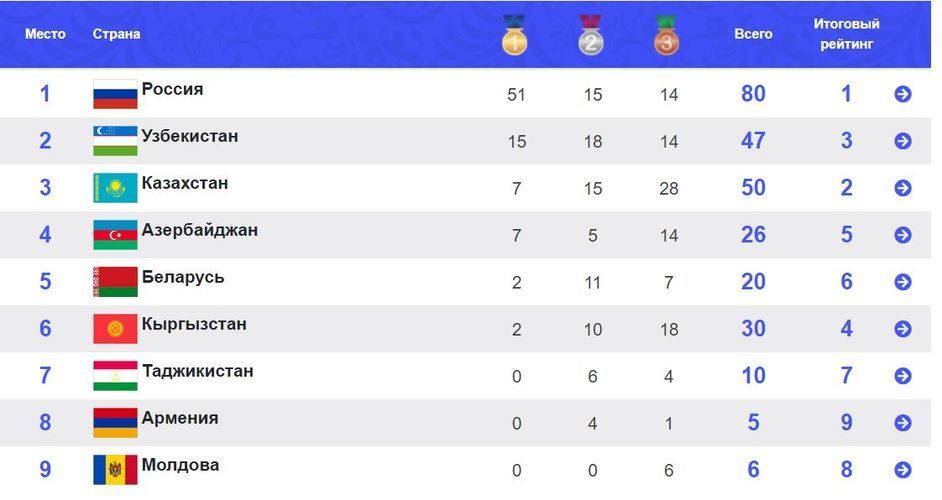 Kazan city (Russia) is hosting the 1st Games of the CIS countries from September 4 to September 11, 2021. More than 1,100 athletes from 14 to 23 years old from nine countries of the Commonwealth participate in the Games.

The Games are held in 16 sports. In total, the athletes will compete for 182 sets of medals.