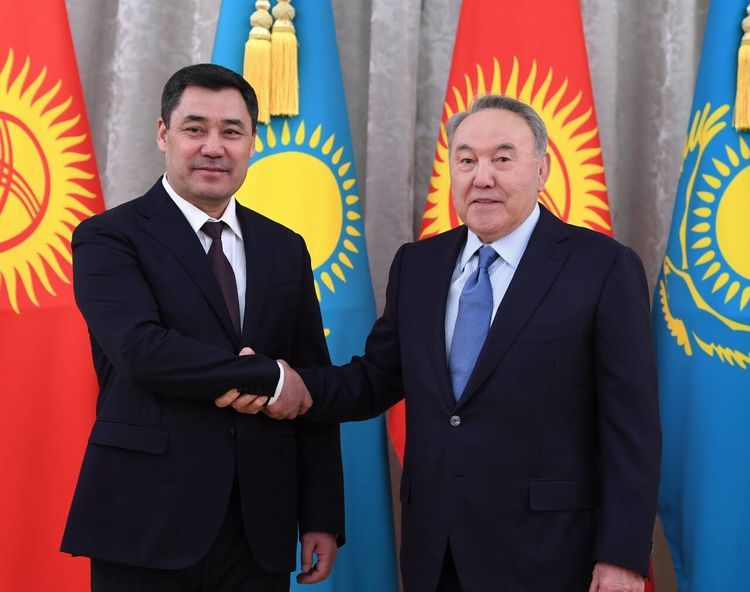 President of Kyrgyzstan Sadyr Japarov met with the first president of Kazakhstan, Nursultan Nazarbayev. Press service of the head of state reported.

Nursultan Nazarbayev also noted the effectiveness of the talks held between the Presidents of Kazakhstan and Kyrgyzstan during the state visit of Sadyr Japarov.

In turn, the President of Kyrgyzstan expressed his respect to Nursultan Nazarbayev as a statesman with great authority, thanks to whose balanced domestic and foreign policy Kazakhstan is at the forefront of the international arena. He stressed that the people of Kyrgyzstan would never forget the constant assistance provided by Kazakhstan during difficult periods.

The head of state expressed his readiness for joint development, emphasizing that there should be no unsolvable problems between the peoples with such similar languages ​​and traditions.

Sadyr Japarov said that he would provide reliable guarantees to protect the rights of investors, including those from Kazakhstan.

The President expressed confidence that the efforts of Nursultan Nazarbayev aimed at ensuring security, international integration and economic prosperity of the Central Asian region would find their place in history. He also highly appreciated his contribution to the establishment of strategic partnership and friendly relations between Kyrgyzstan and Kazakhstan.

«It is a great honor for us to pay the first state visit to fraternal Kazakhstan. With your support, we will also strive to preserve and further develop the warm fraternal relations that have developed between the two peoples,» he concluded.