Former deputy of the Parliament of Kyrgyzstan Kanybek Osmonaliev was remanded in custody in the pre-trial detention center of the State Committee for National Security until July 3. His lawyer Akin Toktaliev said.

Related news
Kanybek Osmonaliev placed in pretrial detention center until May 3
According to him, such a decision was made by the investigating judge of the Pervomaisky District Court Chyngyz Berdimuratov.

«Kanybek Osmonaliev was detained and placed in a pre-trial detention center of the State Committee for National Security, where no investigative actions have been carried out up to the present day. He is charged with organizing riots and attempt to forcibly seize state power on March 2 during a peaceful rally on Ala-Too square. The Constitution states that everyone has the right to freedom of expression, thought, freedom of speech and press. Those who came to the protests criticized the current government,» Akin Toktaliev said. 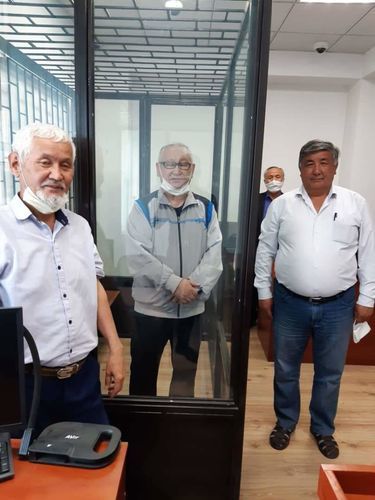 The lawyer noted that the defense intends to appeal the court ruling in a higher court, but does not have hope for a fair decision.

Recall, the SCNS detained the ex-deputy of the Parliament Kanybek Osmonaliev and the former judge Anar Dubanaeva after a rally on Ala-Too square in support of the ex-parliament deputy Sadyr Japarov. They are suspected of attempt to seizure power by force.