About 160 people detained in Bishkek for violating curfew

About 160 people have violated the curfew in Bishkek as of today. Press service of the City Hall of the capital reported. 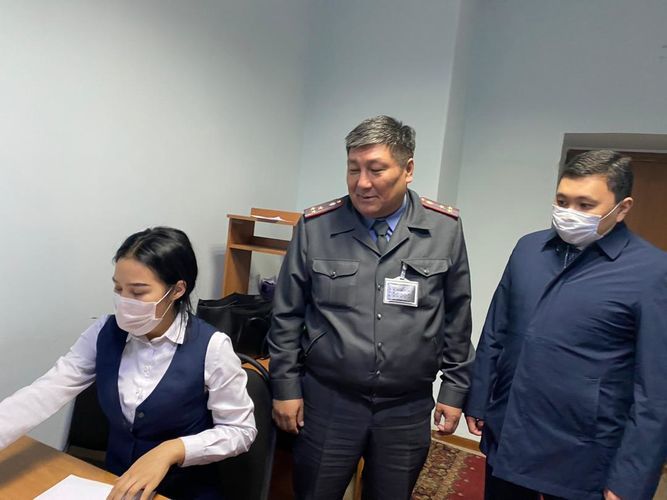 The offenders were taken to the district departments of the Central Internal Affairs Directorate of Bishkek. «Measures are being taken, commandants are at their working places, the call center receives calls around the clock. More than 70 patrol groups inspect the city,» the City Hall told.

At least 44 confirmed cases of COVID-19 have been registered in Kyrgyzstan as of today.

The state of emergency and curfew were introduced in Bishkek, Osh and Jalal-Abad cities, in Nookat and Kara-Suu districts of Osh region, in Suzak district of Jalal-Abad region from March 25 to April 15.

link: https://24.kg/english/148054/
views: 859
Print
Related
Curfew imposed in Batken and Baken district of Kyrgyzstan
State of emergency in Bishkek: Where roadblocks are set up
Commandant of Bishkek issues first order on state of emergency
State of emergency and curfew to be imposed in Bishkek from October 10
Commandant of Bishkek tells who can freely move around city
Curfew to be reduced in Bishkek
Curfew reduced in Osh city
Four drunk policemen detained for breaking curfew in Bishkek
Drunk judge resists employees of security forces at checkpoint in Osh
Curfew breakers fined in Osh region of Kyrgyzstan
Popular