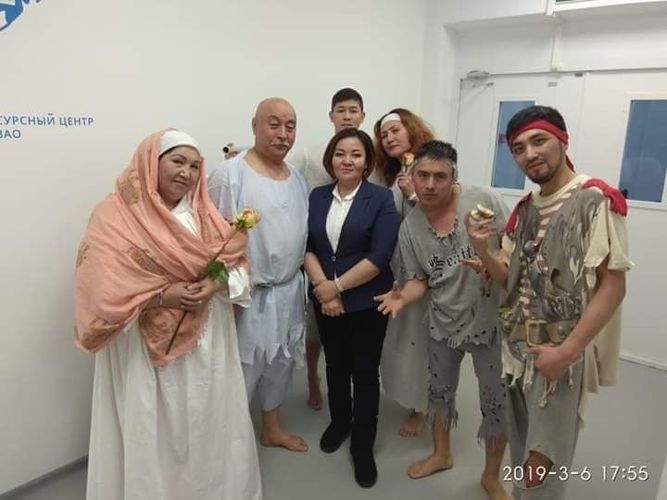 According to her, the group is headed by a well-known actor, outstanding worker of culture of Kyrgyzstan Sadyr Sagynbaev.

«Sadyr Sagynbaev is currently undergoing advanced training in Moscow. He supported us and undertook to head our group. He trains our guys. There are 18 people in the group now. All of them are migrants, our talented compatriots working in various fields in Moscow, aged from 18 to 35 years,» Ainash Kozubaeva told.

Ayan is preparing for a premiere. Under the direction of Sadyr Sagynbaev, they stage the play «The King’s Games.» 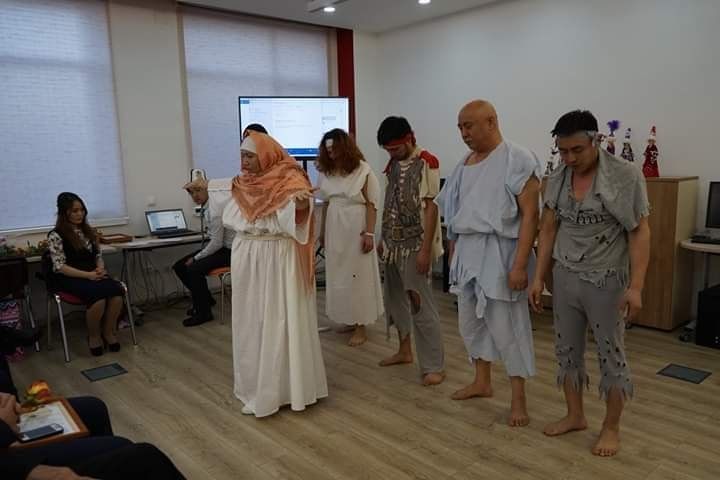 «We do not have our own premises. Our rehearsals were held in different places. After work, from night till morning, the guys train in one of the Kyrgyz cafes. But we are happy about it, too,» Ainash Kozubaeva says.