The national football team of Kyrgyzstan returned home from the AFC Asian Cup.

The national team for the first time in history participated in the continental championship. In the group stage, it lost to the teams of China and South Korea and defeated the Philippines, reaching the knockout stage.

In the 1/8 finals, the Kyrgyzstanis lost to the host of the tournament — the UAE team.

The success of the national team of Kyrgyzstan caused excitement among many fans, specialists and media in our country and abroad. The President of Kyrgyzstan Sooronbai Jeenbekov also praised the football players. 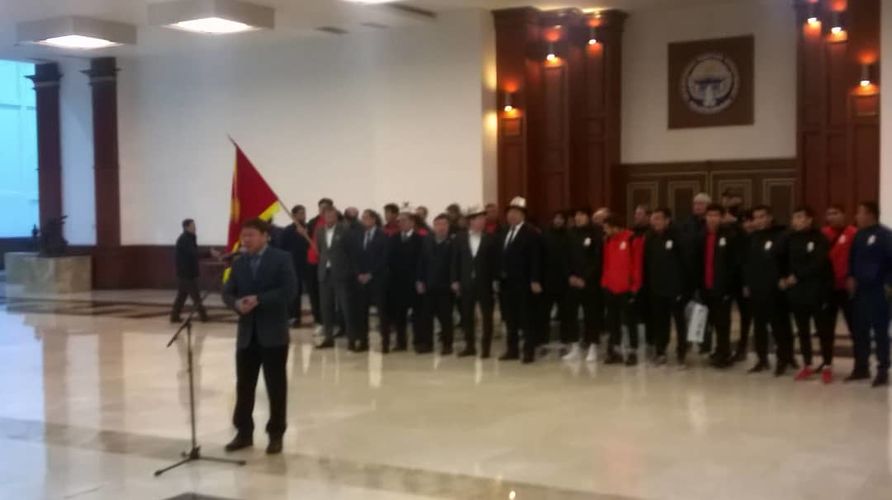 Today at 5.00, the team arrived from the United Arab Emirates at Manas airport. It was solemnly met by fans and officials.

A concert where players will be honored will begin today at 15.00 on Ala-Too square.

Kyrgyzstan’s Government counts on stabilization of situation within 3 months
News brief
28 March, Saturday
19:01
Mayor of Balykchy Marat Kudaibergenov resigns Mayor of Balykchy Marat Kudaibergenov resigns
15:37
Doctors to get 46,360 soms for work in quarantine zones in Kyrgyzstan
15:31
Organized crime group member killed in Naryn
15:16
Woman with suspected coronavirus dies of pneumonia in Ala-Buka
13:58
Criminal case opened against Asia Times for dissemination of false information
13:52
Presidents of Kyrgyzstan and Tajikistan talk over the phone
13:45
Turkey suspends flights to other countries due to coronavirus
13:28
USA to spend $ 2 trillion on support of economy due to coronavirus pandemic
12:56
New coronavirus cases not registered in Kyrgyzstan
12:47
USA and Italy have highest number of infected with coronavirus in world