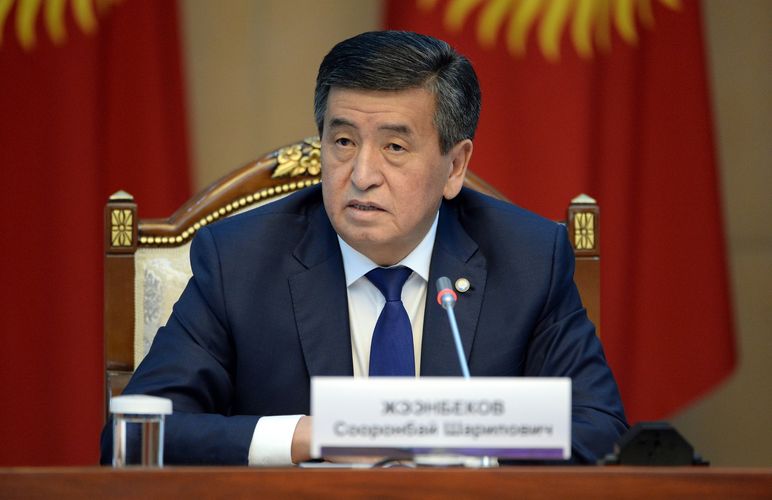 «The political elite of Kyrgyzstan should learn to respect each other, listen to other opinions. If they are able cooperate constructively, then peace, unity and development will be established in the country,» the President of Kyrgyzstan Sooronbai Jeenbekov said today at a meeting with ex-speakers of the Parliament and ex-prime ministers of the Kyrgyz Republic.

According to the president, the main goal of the meeting is to discuss development of the country on a single platform.

He stressed that many challenges in foreign and domestic policy are expected in the future, an exchange of views will take place on this issue.

«You directly took part in making major decisions in the crucial moment for the country, were in the thick of political events. You have a rich experience in many areas. This rich resource should not remain unclaimed,» said the head of state.

We are all together responsible for the past and the future of the country.

«The states where the elite came to a consensus on the development of the country have always achieved success. And they argued, criticized each other. But when it came to the mainstream, they all came to a consensus. The political elite of Kyrgyzstan should learn to respect each other, to listen to other opinions. If they can cooperate constructively, then peace, unity and development will be established in the country. There are a lot of questions and problems in Kyrgyzstan now that need to be solved with the participation of all the social and political forces of the country. I am sure that you will be able to become this unifying force,» stressed Sooronbai Jeenbekov.

He noted that he was ready to support the dialogue and promote cooperation between the civil society, political forces and government bodies, listen to criticism without cheap grandstanding and pointless scandals.