Dying Makmal. How to extend mine life and make profit 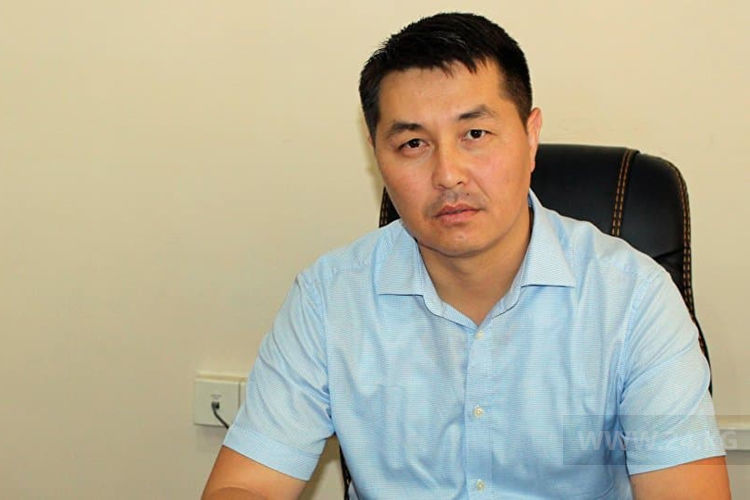 Kyrgyzaltyn OJSC conducts consultations with the population of Toguz-Toro district. People are being persuaded that it is necessary to create a joint venture with a foreign investor at Makmal mine. Only this can extend its life and provide people with stable work.

— Kyrgyzaltyn OJSC is going to attract an investor for Makmal. Is not it easier to close it because the object has exhausted its resource?

— Yes, gold reserves at Makmal are almost exhausted. But we can not simply close it. There will be discontent from the local population. Where will the people find work if we close the mine? The branch of Makmalzoloto plant is the only budget-making enterprise in Toguz-Toro district of Jalal-Abad region with a population of about 22,000 people. This is an extremely important factor for taking serious measures to extend its work and attract investors.

In addition, the possibility of extending the life of the mine is quite real. This can be done with the help of investors, who are ready to invest money in the project. As of today, it’s about $ 30 million.

— This is a quite large sum. Why do you think that an investor will come to the dying mine?

— According to approximate calculations of specialists, the mine’s life can be extended for other 10-12 years through investments. This means that the population will have job both at the initial stage of the project (construction of the factory, social facilities), and at its full launch.

The operation of Makmalzoloto can be extended due to supplementary exploration of the deposit, processing of tailings and dumps of the plant. This is what attracts investors. The project is beneficial to all.

-There were riots at Makmal when local residents protested against the launch of GL Makmal Developing gold recovery plant. Is there a guarantee that people will welcome another investor?

— The project is really complicated. One must keep a constant dialogue with the local population for its successful implementation. We understand this perfectly and have organized public hearings since mid-June. They took place in 13 villages of five rural areas of Toguz-Toro district, Jalal-Abad region. A number of meetings and consultations are planned in the near future.

We showed the local residents the work of other our joint ventures Eti Bakyr Tereksai LLC and Altynken LLC. Representatives of the commission visually saw how the investment worked, what new technologies were used in production. There is not any at Makmalzoloto. Everything is outdated there.

— What are the main requirements to an investor?

— The main requirements to the winner of the contest are the maximum employment of local residents, a social package (the program of social and economic development of Toguz-Toro district) and the application of new modern technologies in processing of minerals.

In addition, the joint venture with an investor must pay one percent of its income to the Development Fund of Toguz-Toro district.

— Social package is a stumbling block between an investor and the population. What exactly do the residents of the district want?

— Within the framework of the social package, additional jobs must be created that are not related to production at Makmal. It can be, for example, a meat-packing plant, a dairy farm or a brick factory. Considering that the population of the district is mainly engaged in cattle breeding, in the long term, when the alternative road North-South will be opened, this will activate the development of the region.

— Where did the requirement to deduct one percent of income come from? What would be the point?

— If an investor annually transfers one percent of the gross income to the Development Fund of Toguz-Toro District, this will give a great impetus to the development of the district.

Another requirement of the local residents is environmental safety and compliance with environmental rules. It is also very important that at least 90 percent of citizens of Kyrgyzstan to take part in the work.

— What exactly should an investor do to protect the environment?

— A set of effective measures for the use of modern and environmentally safe technologies in the exploration, production and processing of minerals, as well as for proper reclamation, has to be adopted.

It is important for the investor to hold public hearings with the local population; constantly contact and cooperate with the people even after the competition.

— Kyrgyzaltyn has been talking about the need to hold a competition for the second year in a row. But there are only talks. Can you tell when the contest will be held?

— We plan to hold a contest for investor selection before the end of 2018. It will be open and transparent. We will create a special interdepartmental commission, which will include representatives of relevant ministries and departments, five rural areas and the head of Toguz-Toro district.

— Are potential investors really there?

— Yes, there are interested in further development of Makmal. All these companies will participate in the competition. But we can not name them so far.

First, the commission will consider the proposals of investors. Only after it, we will be able to talk about a particular company. The company that will offer the best conditions for the district will win the competition.