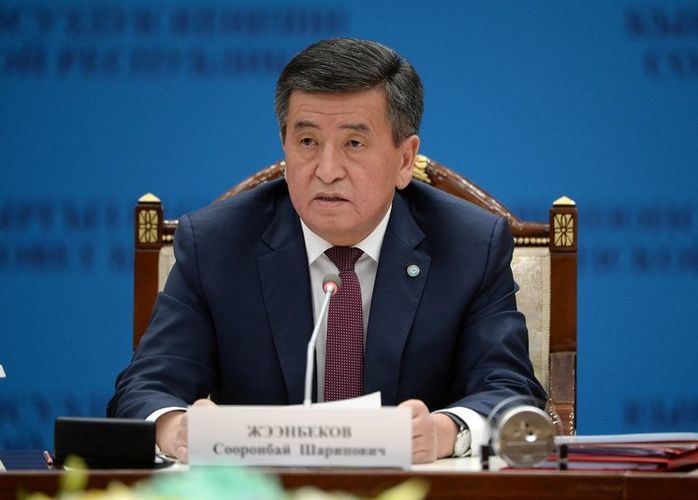 Last year’s conflict at Toguz-Toro gold factory was organized by provocateurs. The President of Kyrgyzstan Sooronbai Jeenbekov stated at a meeting of the Security Council on Measures to Ensure Security in Subsoil Use Sphere in the Kyrgyz Republic.

The head of state noted that most often the cause of conflicts between investors and local residents was corruption in issue of a license and the lack of awareness of residents of the region.

«There was a conflict at Makmal. The people calmed down when they were explained everything, the investor is now working calmly. The last year’s conflict was organized by provocateurs. And now they (provocateurs) are clean, as if nothing had happened, and the young guys will be punished,» Sooronbai Jeenbekov said, adding that law enforcement agencies did not take action against provocateurs in due time.

Recall, in April 2018, residents of Toguz-Toro district held a rally and set fire to the gold mining facilities under construction.

The police opened a criminal case and detained a deputy of the local council on the fact of the rally and arson of the gold mining plant in Toguz-Toro district.

Kyrgyzstan’s Government counts on stabilization of situation within 3 months
News brief
28 March, Saturday
19:01
Mayor of Balykchy Marat Kudaibergenov resigns Mayor of Balykchy Marat Kudaibergenov resigns
15:37
Doctors to get 46,360 soms for work in quarantine zones in Kyrgyzstan
15:31
Organized crime group member killed in Naryn
15:16
Woman with suspected coronavirus dies of pneumonia in Ala-Buka
13:58
Criminal case opened against Asia Times for dissemination of false information
13:52
Presidents of Kyrgyzstan and Tajikistan talk over the phone
13:45
Turkey suspends flights to other countries due to coronavirus
13:28
USA to spend $ 2 trillion on support of economy due to coronavirus pandemic
12:56
New coronavirus cases not registered in Kyrgyzstan
12:47
USA and Italy have highest number of infected with coronavirus in world