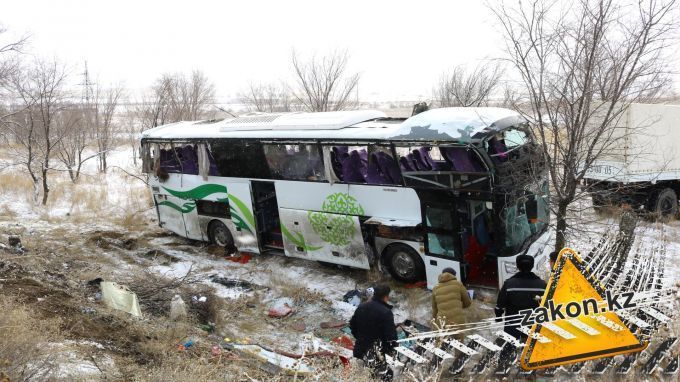 At the present, police officers work at the scene of the accident, victims and injured are being identified.

The bus driver told the Kazakh media about the accident. According to him, the road was slick with ice in the morning. At a long turn, the bus spun and turned, it fell into a ravine and turned over.

Judging by the damages, the bus turned over more than once.