CEC of Kyrgyzstan publishes lists of citizens participated in elections

The Central Election Commission of Kyrgyzstan has published the lists of citizens who took part in the presidential elections. Press service of the commission reported.

In accordance with the Point 3, Article 37-1 of the Constitutional Law On Elections of the President of the and Deputies of Parliament, the Central Election Commission posted the voter lists on its official website. The lists were also placed at the stands in front of the precinct election commissions. 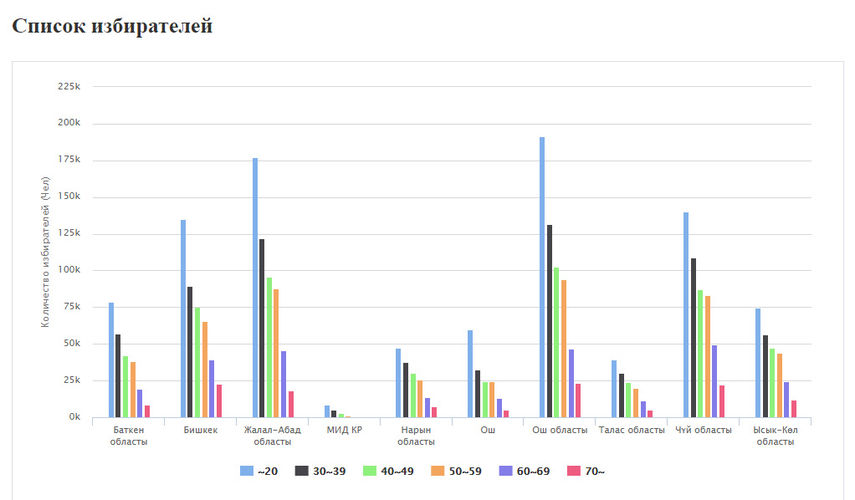 In total, 3,025,770 people took part in the presidential elections in . Lists of voters can be found here.