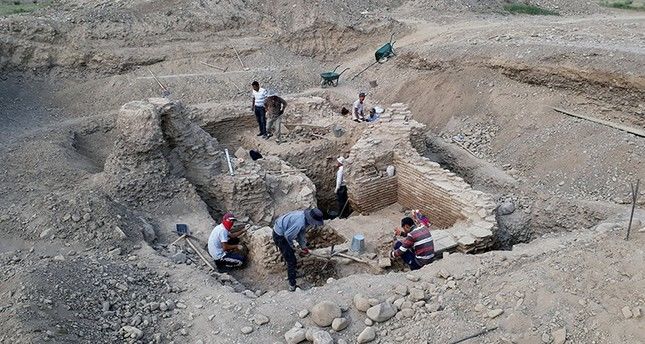 During joint excavations, the archaeologists of the Turkish Cooperation and Coordination Agency (TIKA) and the discovered a tomb believed to be of a Karakhanid khan. Daily reported.

According to the media outlet, the tomb was found near Kum-Dobo village in Kochkor district during excavations conducted to uncover monuments built during the Karakhanid Khanate (804-1212).

Dr. Osman Eravşar told that it is five-meter-deep tomb with a square bottom in Naryn, known to be an important settlement during the Karakhanid era.

«This is the first time we’ve encountered such a structure in . Along with this discovery, there are signs that there are also other structures (hidden) in this region,» he said, adding that the next stage would be to conserve and restore the historic structure. 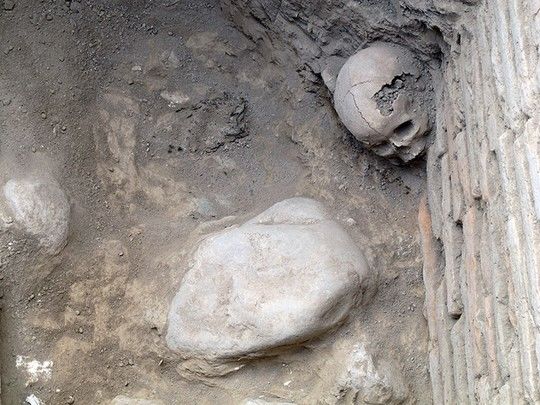 Professor of Kyrgyz Turkish Manas University Kubatbek Tabaldiyev said they were trying to identify whom the tomb belonged to but they had still not found a headstone to confirm.

He stressed that the revealing of the historical architectural structure was a crucial discovery not only for and but for the countries and peoples of the entire Central Asian region.

Government to consider opening of new flights to Russia, Kazakhstan, Turkey
News brief
26 September, Saturday
12:43
An-26 military plane crashes near Kharkiv, cadets killed An-26 military plane crashes near Kharkiv, cadets kill...
10:58
USA may limit student visa period for Kyrgyzstanis to two years
10:40
Seven more medical workers diagnosed with coronavirus in Kyrgyzstan
10:35
158 new cases of pneumonia, COVID-19 registered in Kyrgyzstan, 46,090 in total
10:30
155 more people recover from COVID-19, pneumonia in Kyrgyzstan
10:16
Private pharmacies to be liquidated in all hospitals of Issyk-Kul region
09:58
Cuba could be granted observer status in EAEU by the end of 2020
09:43
Construction of new building of Jalal-Abad hospital to be completed in November
09:30
Wanted for four years fraud suspect arrested in Bishkek
09:19
Over 2,000 vulnerable seniors receive assistance from Switzerland