It is known that the filming is scheduled for August 27 — September 2.

The head of the Tourism Department, Samat Shatmanov, met with the producer of the global production company Eccholine BV Safi Dehili and the founder of TENTI.kg travel company. 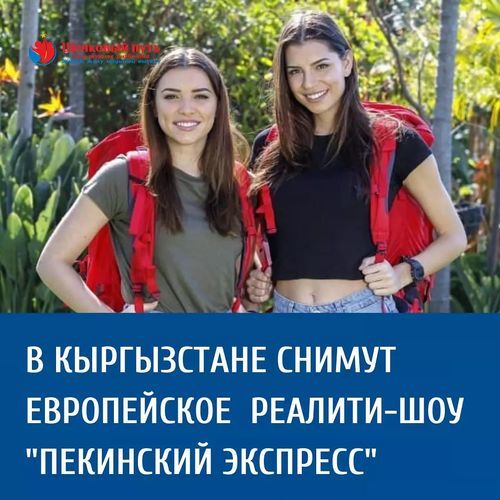 They told that the reality show is popular among viewers and accounts for over 3 million people and 14.3 percent of the primetime market. The episodes are broadcast on TV channels of the European Union and South American countries.

The shooting will be focused on the beauty of the nature of Kyrgyzstan, which will contribute to the popularization and promotion of tourism.

More than 70 members of the film crew will arrive in Kyrgyzstan. There are eight teams within the show. They will travel across the country.

link: https://24.kg/english/205073/
views: 607
Print
Related
Tourists from Slovakia arrange wedding according to Kyrgyz customs
Mountain tourism bankruptcy: When service price increase does not help
Third wave of COVID-19: None of tourists arrived in Kyrgyzstan got infected
List of countries whose citizens can come to Kyrgyzstan by land to be expanded
COVID-19: Cabinet of Ministers considers development of tourism industry
Kyrgyzstan proposes to create tourist map of Turkic world
$250 taken from foreign climbers for entrance into gorge in Batken region
Scandal in Khan-Teniri nature park: Daily charge demanded from tourists
COVID-19: Algorithms for tourists approved in Kyrgyzstan
Kyrgyzstan develops Tourism Development Strategy until 2030
Popular