The ranking was updated after the Poland Open competitions. The Kyrgyzstani won a gold medal and climbed four lines up.

Aisuluu Tynybekova took the fifth place in the previous ranking in the 62 kilograms weight category. 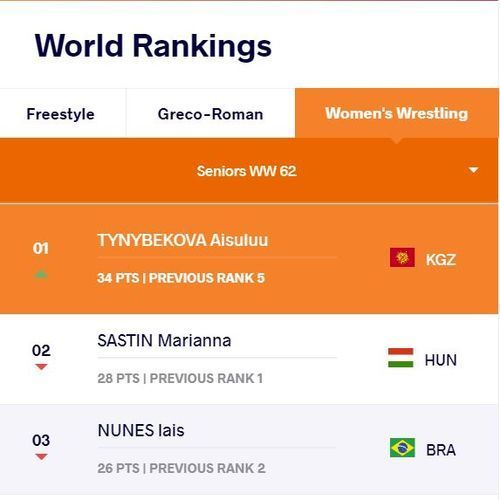 Earlier, the Kyrgyz athlete topped the list of the best wrestlers according to the UWW several times.

In the weight category up to 68 kilograms, Meerim Zhumanazarova climbed one line up in the ranking. She took the third place at the tournament in Poland.

Aiperi Medet kyzy takes the fifth place in the ranking of the weight category up to 76 kilograms.

The three girls will represent Kyrgyzstan at the Tokyo Olympics.