The head of the Juvenile Liaison Office of the Ministry of Internal Affairs, Police Colonel Nurzhan Adylova, focused the Council’s attention on measures to prevent cruelty and violence against children, as well as to providing assistance to children and teenagers in a socially dangerous situation. 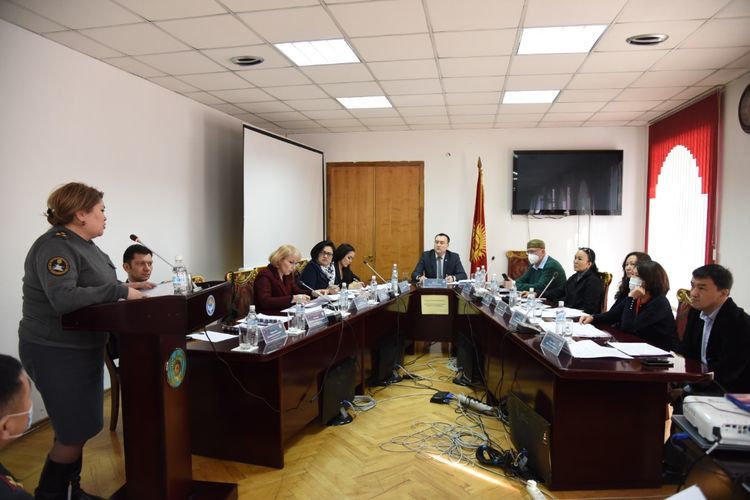 «An interdepartmental expert working group has been created to analyze the situation, detect problems and develop measures to improve work aimed at prevention of cruelty and violence against children. At least 504 headquarters have been created on the territory of the republic. Competent policemen conducted 137,084 household visits in order to detect children who found themselves in a difficult life situation or who were subjected to violence, as well as parents who left for the near and far abroad to work, with registration of personal data, addresses, locations,» Nurzhan Adylova told.

The Chairman of the Public Council, Yalkun Dautov, noted that domestic violence is a scourge of modern society.

«It would be a mistake to say that the fight against domestic terror is the exclusive responsibility of the police. We need to work together. Society, local authorities, police should unite to combat such facts, to prevent serious consequences,» he said.

The number of suicides among minors in Kyrgyzstan has grown by one and a half times. Last year, an increase was registered in Chui, Osh, Jalal-Abad and Issyk-Kul regions. At least 70 percent of those who committed suicide are schoolchildren.

Man trying to sell snow leopard skins in Osh city detained
News brief
23 April, Friday
15:11
93-year-old surgeon Mambet Mamakeev gets first dose of Sputnik V vaccine 93-year-old surgeon Mambet Mamakeev gets first dose of...
15:03
Low-income families to get vegetable oil, sugar at reduced price
14:57
Almost a third of migrants living, working in Moscow - citizens of Kyrgyzstan
14:47
200 million soms to be allocated from budget for compensations to doctors
14:36
No repetition of "black" July, or what to expect from British strain
13:45
Security officials, civil servants of Kyrgyzstan trained in cybersecurity
13:34
AstraZeneca vaccine to arrive in Kyrgyzstan in May
13:28
Import of sugar temporarily exempted from customs duties
12:17
Head of Cadastre state institution suspended from office
12:05
Customs officers seize almost 100 kilograms of drugs since beginning of 2021