Expert: Quality of education is associated with growing level of terrorism 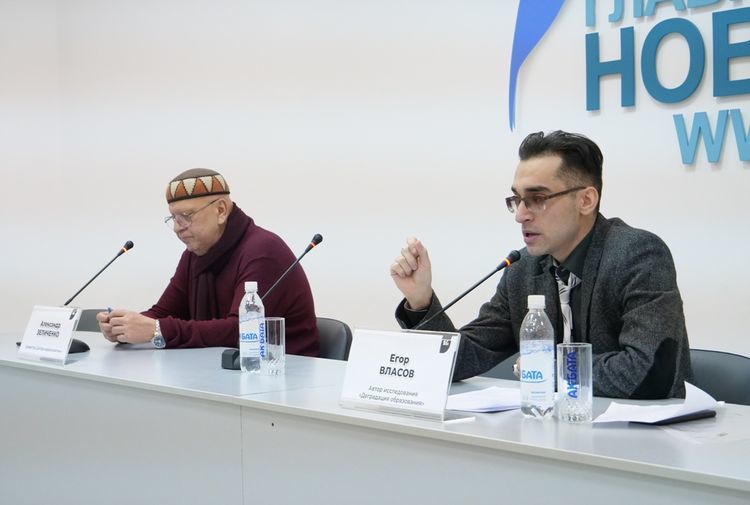 Decline in quality of education is directly associated with the country’s security and the growing level of terrorism. Author of the study «Degradation of Education» Egor Vlasov announced at a press conference at 24.kg news agency.

He noted that the study is not yet complete, but the results are already causing fear.

«Let’s imagine a young 20-year-old man living in a remote region who has an old mother, five brothers. He is finishing school. All that he will have in the future is purely agricultural activity, because he does not have the level of knowledge that universities require upon admission, and he has no money to pay for a contract. You can imagine his moral and mental state. And then people appear who promise a bright future, that his family will get out of a difficult situation, but he has to serve a great goal. This is how recruiting works. Recruiters are always looking for representatives of the vulnerable groups of the population,» Egor Vlasov said.

«Our survey shows that young men living in rural areas are most at risk of being involved in extremist activities: by the level of education — poorly educated (61.6 percent), with secondary education — 32.5 percent, with higher education — only 4 percent,» he added.

Egor Vlasov stressed that within the framework of the study, several recommendations were developed that would allow a qualitative reform of the education system.

In particular, in his opinion, it is necessary to completely abandon the Bologna system, Nationwide Testing, Unified National Exam. «Everyone, without exception, must be admitted to universities, and then expeled for poor progress after the first year of study. There are many children now who want to study, but cannot for various reasons. They object to me that there will not be enough places at universities for this, but half of them remain free now,» the expert explained.