Border guards prevent smuggling of sheep from Tajikistan into Kyrgyzstan

Smuggling of sheep into Kyrgyzstan was prevented at the border with Tajikistan. The State Border Service of Kyrgyzstan reported. 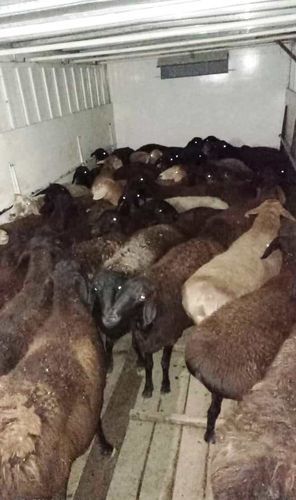 Border guards detected a Mercedes Benz van in Ak-Aryk area of Leilek district, which was heading from Tajikistan for Kyrgyzstan outside the checkpoint. The van was stopped. At least 40 heads of small cattle — sheep of the Hissar breed — were found in the vehicle. The driver did not have any permits.

The total cost of the livestock was over 700,000 soms. The detainees and the sheep were handed over to the employees of the territorial division of the State Customs Service.