Abdylda Israilov: There will be no rolling blackouts this winter 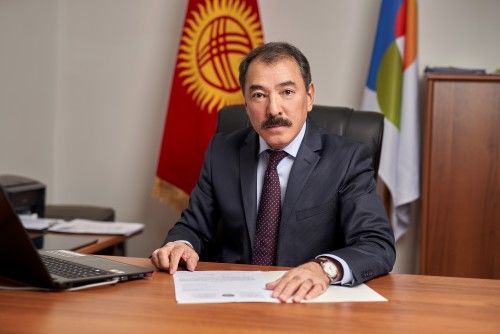 Energy companies are completing preparations for the heating season. Abdylda Israilov, First Deputy Chairman of the Board of the National Energy Holding of Kyrgyzstan, told 24.kg news agency about the progress of the repairs and why it was decided to import electricity.

— What data does the power system has before the upcoming winter? Was everything repaired?

— The repair campaign of the subsidiaries of the National Energy Holding is being carried out according to the schedule. More than 90 percent of the planned work has been completed.

For example, it is planned to repair two turbine units and two boilers at the Bishkek Heating and Power Plant (HPP), one boiler unit at Osh HPP, and two hydroelectric units at the hydroelectric station (HES). Contractors are currently working on the main equipment.

In addition, the National Energy Network of Kyrgyzstan OJSC is carrying out overhaul of 97 substations and the operating one — at 159. Overhaul of 321.7 kilometers of high-voltage transmission lines and maintenance of other 4,010.1 kilometers are envisaged.

— How is fuel procurement going?

— How difficult will the heating season be given the water shortage in Toktogul water reservoir? Should we expect rolling blackouts?

— As of October 1 this year, we plan to accumulate about 14.9 million cubic meters of water in Toktogul reservoir. We agreed with Kazakhstan on the supply of 500 million kilowatt-hours of electricity.

We do not plan rolling blackouts, since the volume of water in Toktogul reservoir is enough and additional electricity has been purchased.

We plan to purchase energy in the first quarter of 2021 to prevent the reservoir from depleting below the permissible level and to provide the population of the republic with electricity.

— You said that energy companies should use reserves for uninterrupted work in winter. What are they?

— There are additional reserves of generating capacities at the capital’s HPP. If necessary, we will increase the load on the heating plants to non-profitable opportunities, taking into account the technical and financial studies of fuel supplies.

— What is the position of the National Energy Holding regarding cryptocurrency mining? How can such energy intensive activities be combined with a lack of electricity?

— We have disconnected 53 cryptocurrency mining facilities with a total power consumption of 63.2 megawatts. The work on detection of mining farms is ongoing. During the low water period in Toktogul reservoir, when the power system experiences a shortage of electricity, we believe that there is no need to connect such facilities.

— The Government has mandated to provide healthcare facilities with electricity in winter. What are you doing in this direction?

— We have worked out the issue of availability of reserve and alternative sources of electricity in hospitals of republican, regional and district importance.

There are 165 state inpatient medical institutions across the country, and only 101 have backup power supply.

The Ministry of Health is working to provide these medical institutions with backup power supply. Energy companies are working on a reliable and uninterrupted power supply for the fall-winter period. We asked the government to check availability of operational generators (batteries) in hospitals.

— As of June 1, 2020, the balance of loans amounted to 115.06 billion soms. Due to the depreciation of som, obligations of energy companies have grown by 9 billion soms since the beginning of the year. We are constantly optimizing costs to timely pay off debts of all energy companies, for example, this year — by 1.37 billion soms. I would like to note that this does not apply to spending on preparations for the autumn-winter period.

Related news
Kyrgyz HES: How Toktogul HES is modernized and why new facilities not built
— Will there be an increase in tariffs? What would suit power sector specialists?

— Tariffs are regulated by the State Agency for Regulation of the Fuel and Energy Complex. As for the position of the National Energy Holding, we are optimizing staffing, reviewing costs, introducing centralized procurement in order to increase the efficiency of spending at all power companies. We expect that this will increase internal reserves and reduce the loss ratio of certain joint stock companies.

Until we complete these procedures, it is too early to talk about tariff increases. All available resources must be used.

— It has been repeatedly said about investors who want to enter the projects of the Upper Naryn cascade and Kambar-Ata. Where are they?

— The State Committee for Industry, Energy and Subsoil Use and the National Energy Holding are negotiating with both foreign and domestic companies interested in the implementation of large hydropower projects. It is premature to talk about specific agreements.