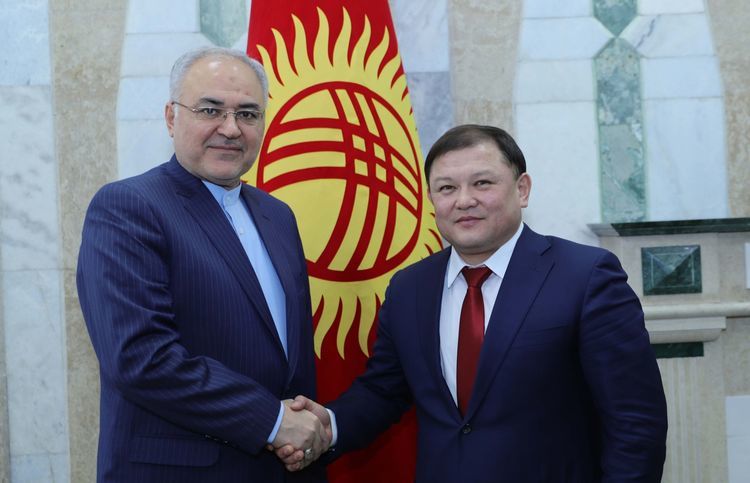 Speaker of the Parliament of Kyrgyzstan Dastanbek Dzhumabekov received the Ambassador Extraordinary and Plenipotentiary of the Islamic Republic of Iran Saeed Kharrazi. Press service of the Parliament reported.

The Speaker of the Parliament announced his readiness to expand Kyrgyz-Iranian trade and economic relations. «At present, the trade between Kyrgyzstan and Iran is $ 30 million, but this figure does not reflect our economic opportunities,» Dastanbek Dzhumabekov said.

He added that the Kyrgyz Republic was interested in attracting Iranian investment in the country’s hydropower industry, as well as in the exchange of knowledge in the construction of small and medium-sized hydropower stations.
Related news
Kyrgyz drivers stuck at Iran’s border ask Foreign Ministry to resolve issue
Speaking about the need to ensure unhindered passage for return of Kyrgyz trucks that stand idle on the border with Iran, the Speaker called on the Ambassador to assist in resolving the issue.

In general, the parties discussed pressing issues on the international and regional agenda, and also reaffirmed their mutual commitment to further develop bilateral cooperation between Kyrgyzstan and Iran.