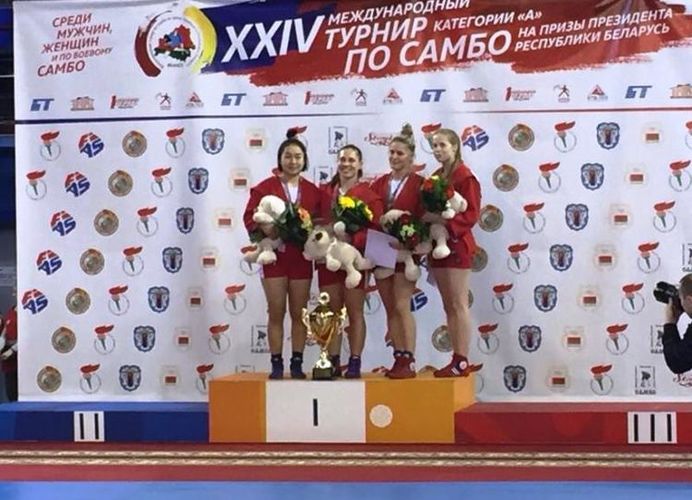 Sambo wrestler from Kyrgyzstan took the second place at the International Tournament of A category for the prizes of the President of Belarus. Sambo Federation of the Kyrgyz Republic informed 24.kg news agency.

Six athletes competed among women in the weight of 56 kilograms. Abdumalik kyzy Samara started from the 1/2 finals and defeated a representative of Belarus Anastasia Matsyushka. But Samara could not cope with the Ukrainian Kristina Bondar in the decisive battle.

The tournament was held on February 20-21 in Minsk. Representatives of 21 countries participated in it, including five Kyrgyzstanis.