About 90 criminal cases opened on riots in southern Kazakhstan 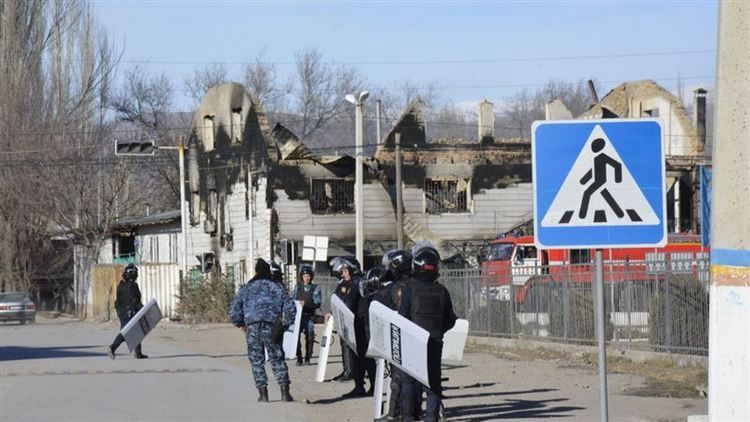 About 90 criminal cases were opened on various counts as part of an investigation into the events in Kordai district, Zhambyl region of southern Kazakhstan, where riots took place on February 7. Interfax reports.

Earlier, press service of the Prosecutor General’s Office of Kazakhstan said that a case on use of violence against police officers in Kordai district of Zhambyl region was sent to court.

According to the agency, on February 7, during patrolling in Sartobe village, Kordai district, traffic police stopped a Honda Odyssey car driven by a citizen L. Voingui. Due to the lack of documents for the car, the driver was offered to go to the police department. However, he did not comply with the requirements of the employees, went to his house, where «together with his two brothers used violence against the policemen,» the press release says.

«The three defendants fully pleaded guilty and were arrested by decision of the investigation court,» the Prosecutor General’s Office of Kazakhstan said.

A mass brawl occurred between local residents in Masanchi village, Kordai district, Zhambyl region of Kazakhstan on February 7. Riots broke out that spread to Aukhatty and Bolanbatyr villages. According to recent reports, 11 people were killed, 185 were injured, dozens of houses, shops, cars were burned down or destroyed. Emergency situation regime has been declared in the region on February 8.

According to official data, about 24,000 people moved from Kazakhstan into Kyrgyzstan, fleeing the riots. They were mostly women, children and the elderly. Most of them returned later.