Fraudster, who appropriated millions of soms in Kyrgyzstan, found in Yakutia

Fraudster, who had taken more than five million soms from clients of one of the banks in Kyrgyzstan, was found in Yakutia. Press service of the Ministry of Internal Affairs of the Kyrgyz Republic reported. 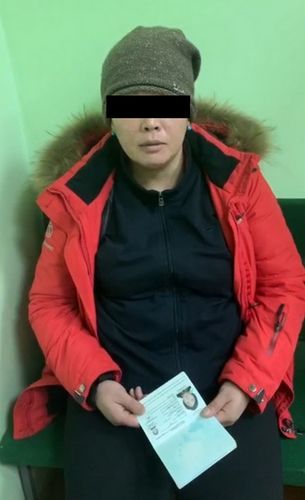 The 34-year-old Kyrgyz woman, a native of Naryn region, was on the interstate wanted list.

The citizen, who worked as a leading specialist at one of the bank’s branches in Ak-Suu district in 2019, fraudulently took over 5.3 million soms from three citizens and disappeared.

It turned out that the woman, being the financial institution employee, deceived hundreds of other citizens taking millions of soms from them. At least 147 people registered their applications at the Internal Affairs Department for Issyk-Kul region.

The total damage amounted to 38 million soms. Exact number of victims is unknown.

The wanted citizen was detained for extradition under the Minsk Convention. The investigation of crimes, victims of which are hundreds of citizens, is under the control of the Minister of Internal Affairs of Kyrgyzstan Kashkar Dzhunushaliev.