Kyrgyzstan and Turkey plan to increase trade turnover to $ 1 billion 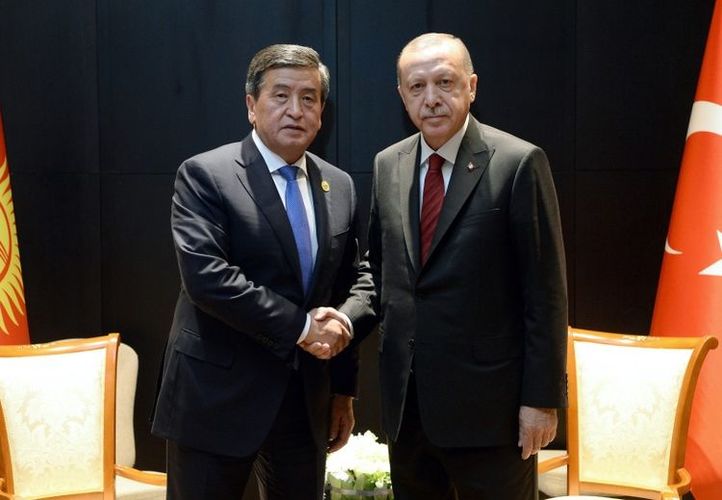 President of Kyrgyzstan Sooronbai Jeenbekov met with the President of Turkey Recep Tayyip Erdogan the day before on the sidelines of the summit of the Heads of Turkic Speaking States in Baku (Azerbaijan). The Information Policy Department of the Presidential Administration reported.

The leaders of the two countries discussed a wide range of issues of bilateral cooperation between Kyrgyzstan and Turkey. Sooronbai Jeenbekov emphasized that Turkey was a brotherly and friendly country for Kyrgyzstan. He noted with satisfaction that interaction of the countries and dialogue between state structures intensified at various levels after the official visit of Recep Tayyip Erdogan to Kyrgyzstan in 2018.

The President of Turkey congratulated Sooronbai Jeenbekov on the successful chairmanship of Kyrgyzstan in the Turkic Council.

«The parties once again noted their readiness to intensify bilateral cooperation in the priority areas of the joint agenda, to strengthen work in accordance with previously reached agreements on bringing mutual trade turnover to $ 1 billion. In addition, the importance of holding the next meeting of the Supreme Council for Strategic Cooperation between Kyrgyzstan and Turkey, the next meeting of the Intergovernmental Commission was stressed. Plans for priority areas for the near future have been outlined,» the message says.