Jeenbekov tells about measures to create better conditions for investors 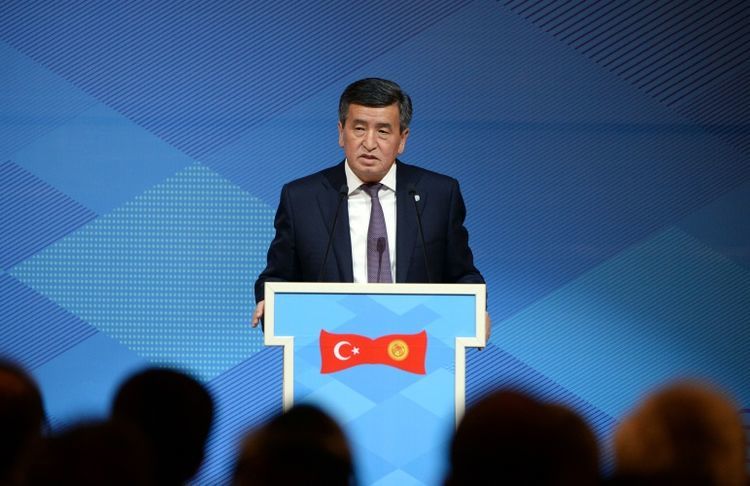 Investment cooperation between Kyrgyzstan and Turkey is steadily developing. The President of Kyrgyzstan Sooronbai Jeenbekov announced at the Kyrgyz-Turkish Business Forum today in Bishkek. Press service of the head of state reported.

The President noted that the political partnership between the two states, which has been formed many years ago and has been strengthening from year to year, has reached a high level.

«As of today, we have developed a particularly trusting relationship with Turkey. As a result, Kyrgyz-Turkish trade and economic relations are developing at a good pace. In 2018, more than $ 93 million have been raised from Turkey as a whole. The volume of direct investments from Turkey to Kyrgyzstan, attracted over the years of independence, has amounted to more than $ 600 million,» he said.

Sooronbai Jeenbekov stressed that the economic potential of the two countries was not fully used.

«Mr. Erdogan and I discussed the possibility to increase trade between our countries from $ 400 million to $ 1 billion in the coming years. It is necessary to step up efforts in this direction,» he said.

The head of state once again noted that the country’s doors were always open for Turkish partners, and recalled that hundreds of Kyrgyz-Turkish joint ventures have been currently operating in Kyrgyzstan.

Sooronbai Jeenbekov told in detail about measures to create favorable conditions for investors regarding simplification of registration, tax exemption of new enterprises for a period of three years, reduction of unreasonable business inspections, and reduction of tax rates.

He also told about other advantages of investing in the republic, such as low cost of electricity, membership in the Eurasian Economic Union, where about 190 million people live, possessing GSP + status, and creation of an Institute of a Business Ombudsman.

The state plans to implement a number of large projects aimed at increasing the economic potential of Kyrgyzstan.

«In order to use the transit potential of the country, we are improving the transport infrastructure. We will expand automobile and railway communications, we will develop the air transportation market, and create trade and logistics hubs. We have projects for construction of small and large hydropower plants that may be of interest to investors. There are many opportunities for joint implementation of projects in the field of tourism. The Kyrgyz side is ready to increase the export of organic products, including meat, dried fruit, honey, nuts and beans. We are confident that they will take their rightful place in the Turkish market.

State services are being transformed into electronic format. Taking into account Turkey’s achievements in the field of information technology, I think that this area will cause interest among our Turkish friends,» the President stressed. 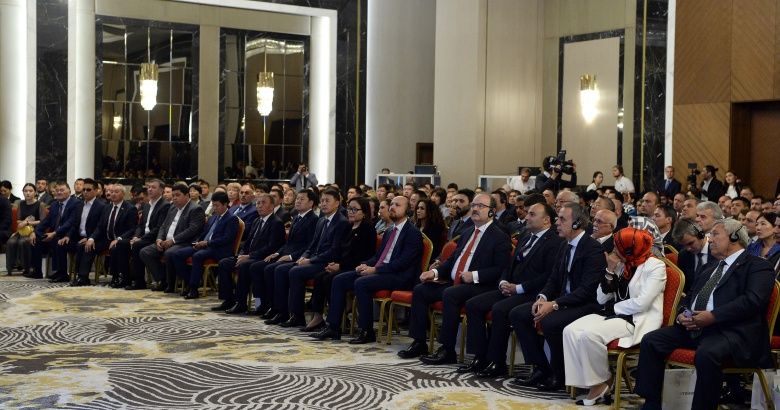 Sooronbai Jeenbekov called on Turkish entrepreneurs to actively invest in the aforementioned areas. He noted that investors’ assets and private property were fully protected in Kyrgyzstan, the state would provide a full guarantee of protection.

He also expressed confidence that opening of a Sheraton hotel in Bishkek would positively influence the development of tourism in the country.