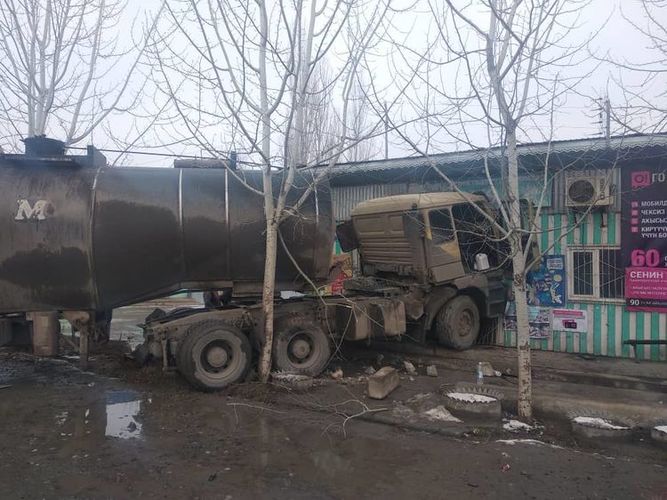 A MAN truck collided with Toyota Estima passenger car in Nookat district of Osh region. Press service of the Traffic Safety Department for the region reported.

As a result of the traffic accident, three people died, other four were injured.

«According to preliminary data, the truck drove into the oncoming lane on Osh-Isfana highway and collided with the passenger car. Two people — 17-year-old and 28-year-old men — died at the scene, and 19-year-old guy died in Kyzyl-Kiya District Hospital. Four more people were hospitalized,» the traffic police said.