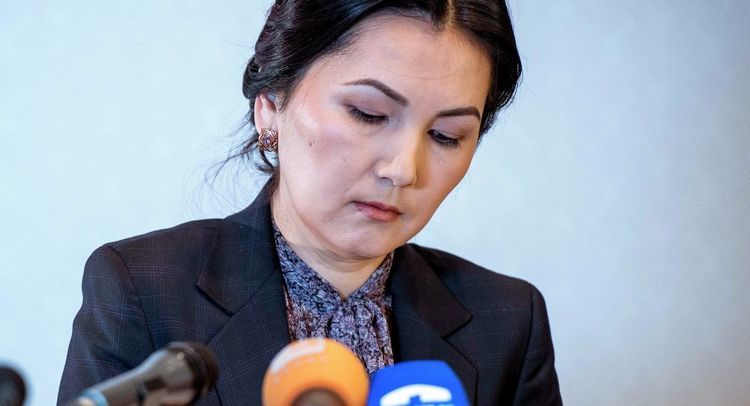 There is a political motivation in the criminal case on the murder of the brother of the ex-Prosecutor General of Kyrgyzstan. Aida Salyanova stated this to journalists.

According to her, the witness statement testifies to the political motive.

"I said in the Parliament earlier that I was not ready to call the case on the murder of my brother political. However, having read every sheet of the materials, I can say that there is a political motivation. In particular, the detainee stated that he did not know that Ulan Salyanov lived in the house. Witnesses also say that they heard the accused said that he received an order to «remove» a high-ranking official, since she hinders. The investigation did not find out whom he was talking about," Aida Salyanova said.

The former Prosecutor General also said that two months before the murder of her brother, the detainee committed a robbery in Osh. The investigators put him on wanted for this crime only after some time.

«On August 30, five people committed the robbery in Osh, four were detained, and the fifth killed Ulan Salyanov. He was put on the wanted list for robbery only in December. The suspect committed the murder of my brother, serving his sentence in the penal settlement. The detainee indicates in the interrogation report that he was promised a protection on the robbery case if he commits the murder. Hence, this man was not afraid and confidently committed the crime,» said Aida Salyanova.

She believes that, perhaps, they wanted to kill her, but for some reason the plans of the criminals were not fulfilled.

«The organizer of the murder is Asan Emir Abykulov. He is waiting for extradition. He claims that in 2015 Aida Salyanova pursued him. However, I could not do this, because I myself was pursued. If he is extradited, the customer of the crime will also be revealed. The investigators must find out who was the patron of the criminals,» the former Prosecutor General of Kyrgyzstan said.

According to her, a shot in the brother was made by the detained Ermek Osmonkulov. According to his testimony, he did not want to kill Ulan Sayannov.

Related news
Aida Salyanova tells details of withdrawal of assets from Kyrgyzstan by Bakiyevs
«He explains that he did not have an intention to kill. Two others attacked my brother, tried to put on clamps. The brother resisted and rushed to his son. The detainee held a pistol at the head of his son. He involuntarily fired when Ulan wanted to snatch the weapon from him,» Aida Salyanova said.

Aida Salyanova is a victim in the case. The hearing of the case on the murder of Ulan Salyanov was postponed until September 20.

Ulan Salyanov was killed in his house on November 5, 2017. The criminals did not take anything. They fled from the scene after the murder. The main suspect was detained at the end of December 2017. It is known that he was repeatedly convicted.