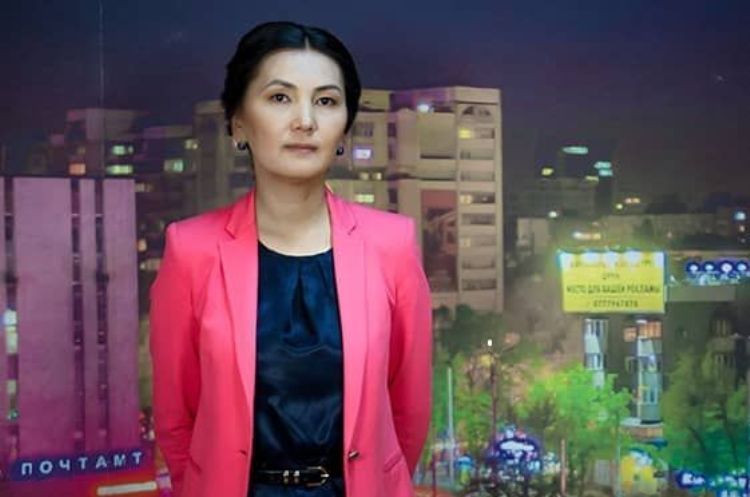 The Ex-Prosecutor General of Kyrgyzstan Aida Salyanova told 24.kg news agency how she tried to find the assets illegally withdrawn by the Bakiyevs.

«A lot of efforts were made to meet with the then U.S. President Barack Obama’s assistant. As far as I know, no one else has managed to work at this level. At the same time, I had another meeting with the leadership of Canada,» Aida Salyanova told.

In an interview with Kyrgyz journalists, the former financial advisor to the son of the deposed president of Kyrgyzstan Maxim Bakiyev at the Central Agency for Development, Innovations and Investments, Evgeny Gurevich, told that he was visited in Alabama by representatives of the Kyrgyz prosecutor’s office in 2015.

«Then I was no Prosecutor General any more. When I found out about this, I was pleased that my business was continued. But, apart from this meeting, nothing happened, the case was hushed up. Representatives of the U.S. Department of Justice told us at meetings in Washington that we «hastened» with the investigation. They keep bank documents five years only. As for the bank documents, the time was lost, of course, but this is not a verdict. One can use other means to find the assets. According to my information, there are much more than $ 200 million. The balance was not met by $ 240 million at AUB only,» Aida Salyanova told.

Being a deputy of the Parliament, Aida Salyanova raised this issue at the law and order committee meeting. "It has not been considered. I hope it remained in the plan and will be raised after the confession of Evgeny Gurevich. The public is already interested, why the case was hushed up. The Prosecutor General’s Office should answer this question, «Aida Salyanova said.

The former Prosecutor General added that it would be unprofessional to blame someone specifically. «This should be done by the law enforcement agencies,» Aida Salyanova summed up.

Evgeny Gurevich was sentenced in Kyrgyzstan in absentia to 25 years in prison on charges of withdrawal of funds from AUB. He does not admit his guilt.

link: https://24.kg/english/95186/
views: 757
Print
Related
MP demands from Prosecutor General to extradite Bakiyevs to Kyrgyzstan
Assistant to Kurmanbek Bakiyev's brother becomes Deputy Foreign Minister
Sadyr Japarov promises to return Akayev, Bakiyev, if people forgive
Nursultan Nazarbayev tells how he took Akayev and Bakiyev out of Kyrgyzstan
Sadyr Japarov: Kurmanbek Bakiyev is not the only one to blame for 2010 events
Alexander Lukashenko allocates 70 ares of land to Bakiyev
Ex-president of Kyrgyzstan Kurmanbek Bakiyev comments on extradition to Bishkek
Zhanysh Bakiyev recovers from coronavirus in Minsk
The Bakiyevs expand their business in Belarus
Decision on naming street after Kurmanbek Bakiyev to be canceled
Popular