Polyus Gold KG Company received a license to develop Urmaral gold deposit in Talas region. Works are to begin there in the near future. There are some unresolved issues with the local authorities, related to misunderstanding regarding the methods of extraction.

The domestic Polyus Gold KG Company, founded by a Kyrgyz citizen, is a member of a group of companies engaged in mining and processing of minerals in Russia and Kyrgyzstan. It is implementing several large projects on the development of deposits in the territory of Kyrgyzstan and Russia, where mining is already under way. Reliable sources also informed that in the near future the company together with its partners from the Russian Federation intends to start implementation of a large-scale project in the territory of Chui region.

The company works in strict accordance with the laws of Kyrgyzstan. A project has been prepared for reclamation of the deposit, which provides for a full restoration of the open pit to its original state. After completion of the work, the biological soil layer will be restored and trees will be planted. Also, the company plans to create a recreation zone at the open pit site.

In addition, the company’s management stresses that any chemicals will not be used in the process of gold mining. The extraction process is absolutely environmentally friendly, and no harm to the environment will be caused, and possible pollution is minimized.

For example, the water used in the production will be sent to special tanks, and only after full purification it will go back to the river. At the same time, the cleaning system will be under the close supervision of specialists.

In addition, in cooperation with local communities, the Kyrgyz Company Polyus Gold KG intends to implement several projects, aimed at development of the region. Part of the plans have already been implemented. Thus, the company recently restored a 14-kilometer water canal thanks to which local farmers got access to irrigation water. A sports hall was opened for the youth, where the children are trained in free-style Greco-Roman wrestling. An alley was built in the local park and modern lighting was installed there. There is a recreation place instead of the abandoned land now, where young mothers with their children gather in the evening.

Recently, the company put in order a garbage landfill at the request of the residents of Bakai-Ata district, on the territory of which the deposit is located. A special waste dump was dug, so that the packages and other household waste did not scatter around the surrounding villages and did not damage the environment. With the support of the company, local roads have been restored. Not so long ago, the company assisted the national kok-boru team of Kyrgyzstan in the purchase of a horse. At the time, the athletes are preparing intensively for the World Nomad Games, which will be held in Issyk-Kul region in September. With the assistance of one of the representatives of the company, a monument to the hero of the Kyrgyz epic of Manas in Bakai-Ata was opened.

The work with local communities is not completed yet.

In the near future, the company plans to provide assistance to the local authorities in restoring socially significant objects in the region.

Investors are aimed at fruitful cooperation within the framework of the agreements reached and the laws of the Kyrgyz Republic. Polyus Gold KG Company is rightfully considered as a socially responsible enterprise. 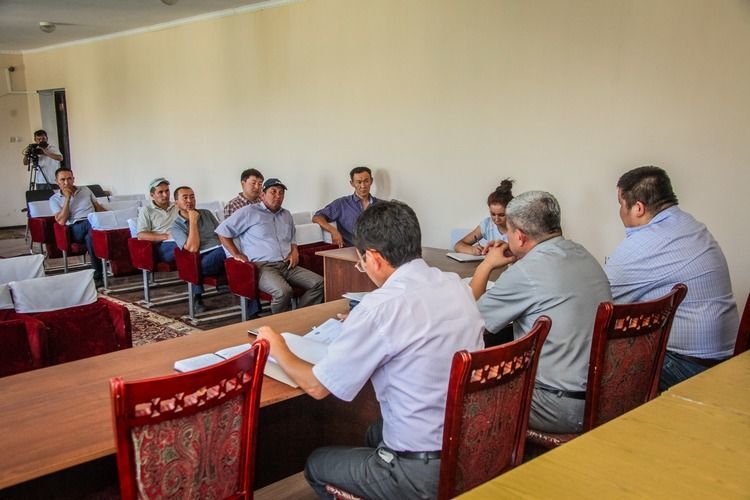 According to its General Director Andrei Akimov, in the near future the company will attract investments from Russia, which will be directed to the development of other deposits in the country. In this regard, a number of agreements have been reached with strategic partners.

«Investments are always good, but it is even better, when investments are spent on the development of local production. The young people will not have to go abroad to earn money, they will have an opportunity to work in their homeland,» Akimov said. Specialists from abroad — Russia, Kazakhstan, China and Belarus — will be attracted to train the local workers.

link: https://24.kg/english/92522/
views: 734
Print
Related
Residents of 62 houses in Terek-Sai to be resettled due to gold mining company
Andrei Grozin: Nationalization of Kumtor can hit Kyrgyzstan hard
Deputies to check operation of Vertex Gold Company
Kyrgyzstan imposes moratorium on issue of licenses for gold, silver, copper
Kyrgyzstan to increase taxes on gold ore mining
Ban on ore export from Kyrgyzstan could lead to unemployment growth
Gold illegally mined in Aksy district of Jalal-Abad region
Wife of former bodyguard of Atambayev behind illegal gold mining
Residents of Talas region protest against development of gold deposit
Worker of mine in Chatkal gets in intensive care unit
Popular