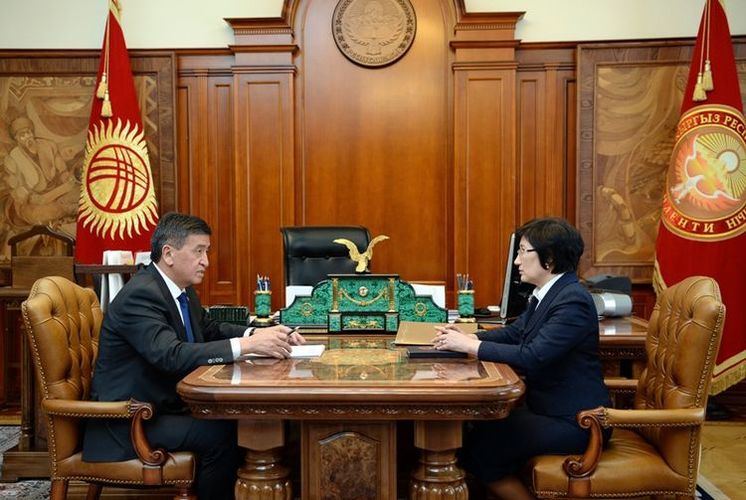 The President of Kyrgyzstan Sooronbai Jeenbekov today met with the Chairwoman of the Supreme Court of the country Ainash Tokbaeva.

The sides discussed issues of enhancing the role and effective work of the Supreme Court in cases on protection of the rights and freedoms of citizens through lawful and fair justice, strengthening the rule of law in the country.

The head of state drew attention to the questions of preemptive work on the prevention of corruption manifestations in the judicial system.

The President noted that, based on the results of social surveys among citizens, the judiciary was mentioned as one of the most corrupt bodies in Kyrgyzstan.

«It is necessary to restore the confidence of citizens in legal and fair justice. Only then Kyrgyzstan will be able to fulfil itself as a constitutional state,» Sooronbai Jeenbekov stressed.

The head of state noted that the main task of the state bodies, including the judiciary, is to ensure the rule of law and protect the interests of the citizens.