Drunk extremist threatens to blow up store in Bishkek

A drunk member of an extremist group threatened to blow up Narodniy supermarket in Bishkek. Press service of the Bishkek police department reported. 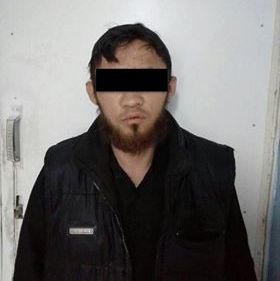 On March 12, the Oktyabrsky district police department received an information about an unknown man with a bag in his hand who threatened to blow up Narodniy supermarket.

The police detained a 31-year-old resident of Osh region. Investigation found out that the detainee was a member of the extremist group Yakyn Inkar. Any explosives were not found in his bag. A criminal case was opened on the articles «Public Appeals for Terrorist Activities or Public Justification of Terrorism» and «Hooliganism» of the Criminal Code of the Kyrgyz Republic. The detainee was placed in a pretrial detention center. The investigation continues.