According to him, the World Powerlifting Championship was held in the city of  (). More than 3,200 athletes participated in it, including four Kyrgyz citizens.

Lyubov Maleeva became the champion among women in the weight category up to  in the Open and Masters categories. Radik Kaleev was the first among the veterans in weight up to . Zaur Kurdanov (up to ) won gold among juniors and in open class. 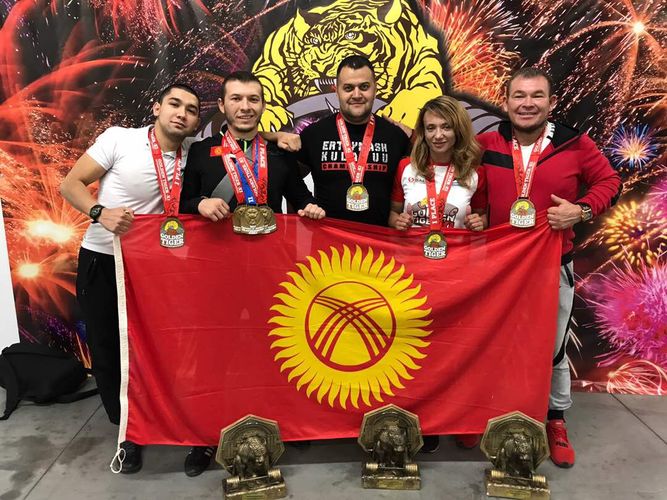 Three-time world champion and record holder, 18-year-old Baturkhan Mukhametov (up to ) won gold in Teenagers and Open Class categories. After lifting in bench press, he got ahead of his nearest opponent by , set a new world record and became the absolute world champion.

«In general, our athletes won 12 gold and one silver medal and four absolute cups of the World Cup. This is an incredible, historic success of domestic powerlifting,» Rustam Mambetov said. «Mukhametov was recognized as the best bench presser at the World Cup, and me — the best coach,» he told.