Construction of a military town in Margun village, Leilek district of Kyrgyzstan has been completely stopped after visit of the President. Video from the construction site was posted on social media.

The footage shows that the building materials have remained in place, but not a single worker is present there. The work has not been carried out there for at least several days.

President Sadyr Japarov visited Batken region on May 6. He came to the region after an armed attack by the Tajik military on civilians in Kyrgyzstan.

The press service of the head of state published a photo and said that during the visit, the president laid a capsule in the foundation of one of the houses of the future military town in Leilek district. 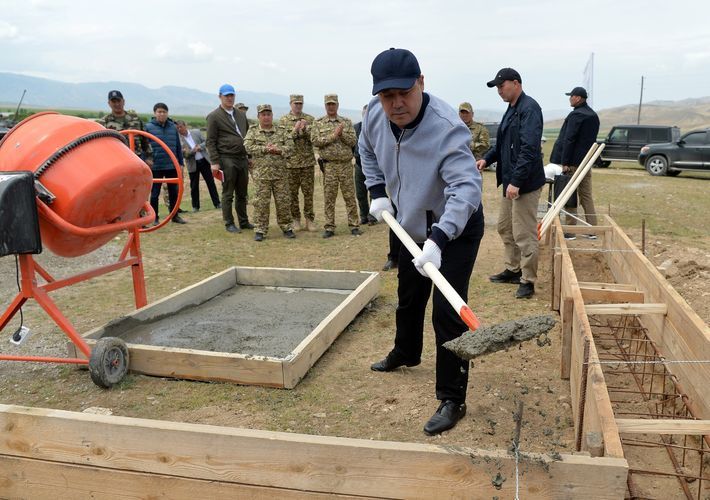 Local residents told 24.kg news agency that after the departure of Sadyr Japarov, no work is being carried out at the construction site.

«On the day of the president’s visit, they brought a little bit of rubble, cement and construction tools. After that, no work is being done. During his second visit, Sadyr Japarov did not come here. It looks like everything was organized just for the sake of photos,» local residents said.