Citizens were detained in Naryn district of Kyrgyzstan for illegal transportation of stones containing gold. Press service of the Internal Affairs Department of Naryn region reported.

An UAZ vehicle was stopped on January 16 at 5.50 am. Three bags of stones containing gold particles were found during the check and confiscated from residents of Naryn district. It turned out later that the stones were illegally taken from Kol-Tor area on Solton-Sary pasture.

The UAZ was driven by a 23-year-old resident of Emgekchil village, Naryn region. There were four guys — two 22-year-olds and two 21-year-olds in the vehicle.

This fact was registered. The necessary examinations have been commissioned. 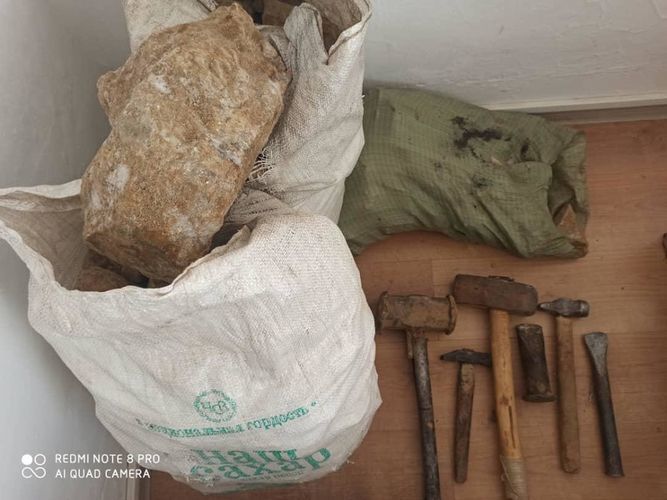 link: https://24.kg/english/180325/
views: 623
Print
Related
LBMA: Kyrgyzaltyn JSC suspended from Good Delivery List
Export of gold from Kyrgyzstan decreases by $ 180 million for 5 months
Kyrgyzstan to be able to sell gold, Akylbek Japarov believes
Two women detained while trying to smuggle gold into Uzbekistan
Gold myths, or what fakes do economists feed us with in quarantine
Kyrgyzstan exports 14 tons of gold to China in 2019
National Bank of Kyrgyzstan buys 1.6 tons of gold since beginning of 2019
Gold of Kyrgyzstan. Why is Kumtor profitable for the country?
National Bank of Kyrgyzstan purchases gold for 19.4 billion soms over 7 years
Kyrgyzstan’s annual demand for gold is 5 tons
Popular