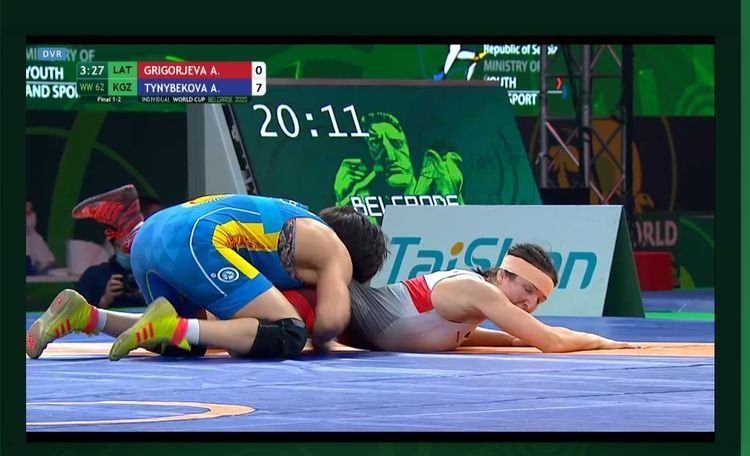 Aisuluu Tynybekova won a gold medal in the weight category up to 62 kilograms at the World Cup in women’s wrestling.

During the fight for first place, she defeated Anastasia Grigoryeva from Latvia with a score 14: 0.

Meerim Zhumanazarova also reached the final in the weight category up to 68 kilograms, which is scheduled for December 16 evening.

Due to the postponement of the Olympics, UWW decided to host a full-fledged world championship. But after some countries refused to participate, the organizers decided to call the competition the Individual World Cup.