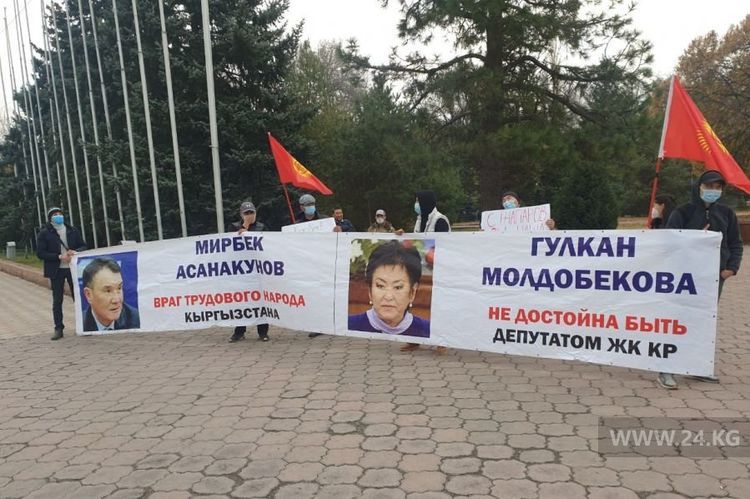 Members of the Federation of Trade Unions hold rally near the Government House in Bishkek.

According to the Chairman of Builders’ Trade Union Eldiyar Karachalov, protesters are against the amendments to the law on Trade Unions. It is currently considered by the Parliament of Kyrgyzstan.

He added that criminal cases were opened against members of trade unions, allegedly for raider seizure.

The protesters intend to hand over a letter to the Government’s Office with a request to receive trade unions’ members. If the protesters are not received, they will hold another protest with an even larger number of people. There are about 100 people near the Government House.