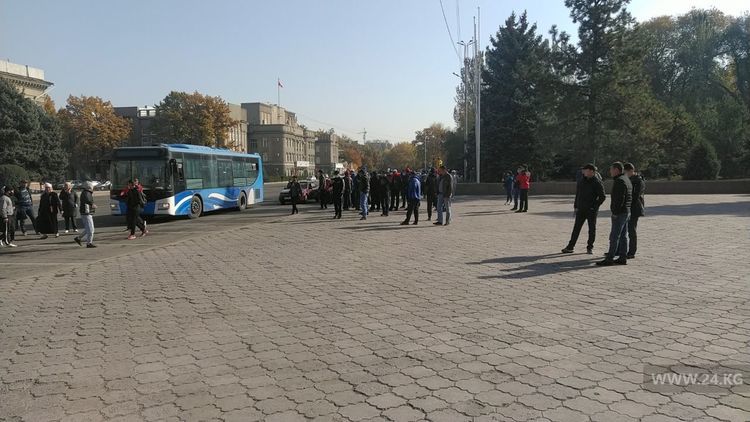 Supporters of the Prime Minister of Kyrgyzstan Sadyr Japarov started gathering at the Government House in Bishkek today.

About a hundred people got on the buses that had arrived to go to Ala-Archa state residence. Meeting is planned at Issyk-Kul hotel. It should be noted that the demands of the protesters have changed. They are currently holding the rally for resignation of Sooronbai Jeenbekov from the post of the head of state.

Yesterday, the deputies of the Parliament of Kyrgyzstan reconsidered the candidacy of Sadyr Japarov for the post of Prime Minister. Parliament approved the composition and program of the Government.

The newly elected head of the Cabinet said at the press conference that he would resolve the issue of the president’s resignation.

Speaking to his supporters on the square in the evening, Sadyr Japarov said that the head of state, Sooronbai Jeenbekov, was not going to resign yet. Negotiations will continue today.