Supporters of Sadyr Japarov gather near Government House in Bishkek 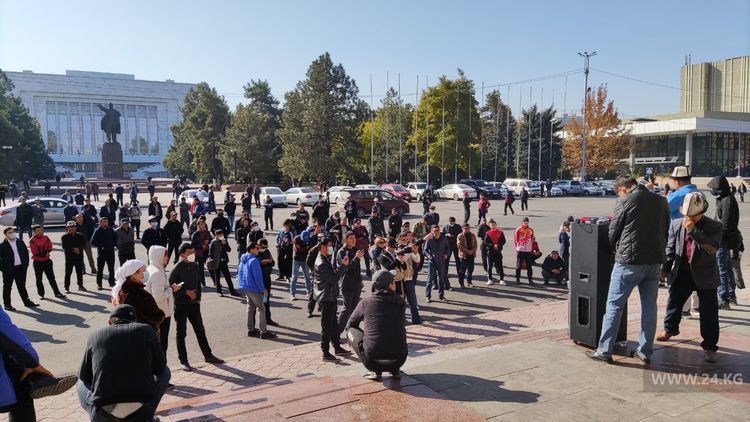 About 120 supporters of Sadyr Japarov gathered near the Government House on the Old Square in Bishkek today.

The protesters came from different regions of Kyrgyzstan. They demand resignation of the President Sooronbai Jeenbekov. They also ask to speed up the procedure of appointing their leader as the Prime Minister.

Yesterday the head of state returned the parliamentary decree on the appointment of Sadyr Japarov as the head of Government back to the Parliament.