Head of the Central Internal Affairs Department of Chui region Samat Kurmankulov, injured during riots in Koi-Tash, is discharged from a clinic in Moscow. The Deputy Minister of Health of Kyrgyzstan Madamin Karataev told 24.kg news agency.

According to him, the clinic at which Kurmankulov was treated will be redesigned into observation unit for those infected with coronavirus.

«Samat Kurmankulov will arrive in Bishkek. He will immediately be placed in observation unit in order to take tests for coronavirus. Further rehabilitation will take place here. The patient is in a satisfactory condition, there is positive dynamics,» Madamin Karataev said.

The chief of the Central Internal Affairs Department of Chui region suffered on August 7 after the special forces of the State Committee for National Security attempted to storm the residence of the former president Almazbek Atambayev in Koi-Tash village. Policeman’s head was broken with a stone.

About 45 people were injured during the unrest, and the deputy commander of Alpha special forces was killed.

Samat Kurmankulov underwent treatment at the National Medical Research Center for Neurosurgery named after N. N. Burdenko (Russia), and then stayed in a rehabilitation center. 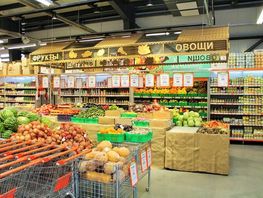 Bishkek has most expensive potatoes among capitals of EAEU countries
News brief
29 May, Friday
10:00
Kalicha Umuralieva about criminal case and search in her office Kalicha Umuralieva about criminal case and search in he...
09:40
At least 41,700 people register for Nationwide Testing in Kyrgyzstan
09:30
About 49,363 vehicles disinfected at entrance to Kyrgyzstan
09:16
Plogging run to take place in Chunkurchak gorge
28 May, Thursday
19:24
Head of City Parks municipal enterprise detained for abuse of office
19:17
Online school enrollment system resumes work in Kyrgyzstan
18:56
President of Kyrgyzstan accepts invitation to attend Victory Parade in Moscow
18:46
Kyrgyzstan expects to receive $ 462 million from international donors
18:31
Construction of schools funded by Saudi Development Fund to be completed in 2021
18:26
Coronavirus confirmed in 34 people at maternity hospital in Osh city