A man who was found dead in the trunk of a car on a parking lot near Manas Airport is 39-year-old Husan Karimov, who worked as a taxi driver. Own sources informed 24.kg news agency.

It is clarified that the man left his house on October 22 on his Honda Accord car and did not return. According to preliminary data, he had $ 10,000 with him. 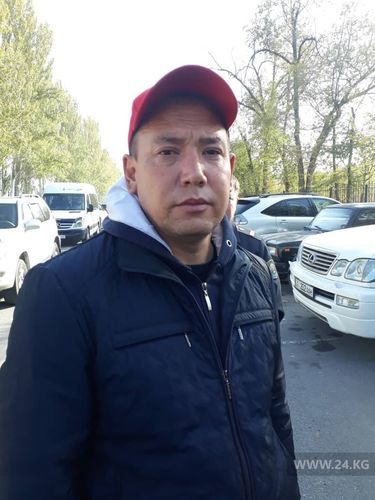 «The brother of the deceased wrote a statement to the police. Law enforcement officers found the car on the parking lot near the airport, and the man’s body in it. No money was found in the car,» the sources said.

EU transfers €5.75 million to Kyrgyzstan to support social protection
News brief
19 February, Wednesday
17:50
4.47 million soms allocated for ramps at schools and kindergartens of Bishkek 4.47 million soms allocated for ramps at schools and ki...
17:33
Kyrgyzstanis detained in Uzbekistan for illegal border crossing
17:12
Prime Minister: Distrust in investors - consequences of mistakes in the past
16:05
Speaker of Parliament of Kyrgyzstan arrives in Abu Dhabi
15:54
Russia imposes complete entry ban for Chinese citizens due to coronavirus
15:43
Number of cargo transportation violations on rise in Kyrgyzstan
15:34
About 90 criminal cases opened on riots in southern Kazakhstan
15:06
Counterfeit $ 30,000 confiscated from members of religious organization
14:21
Local elections to cost Kyrgyzstan 64.2 million soms
14:02
Park in Bishkek to be named after Hero of Soviet Union Cholponbai Tuleberdiev