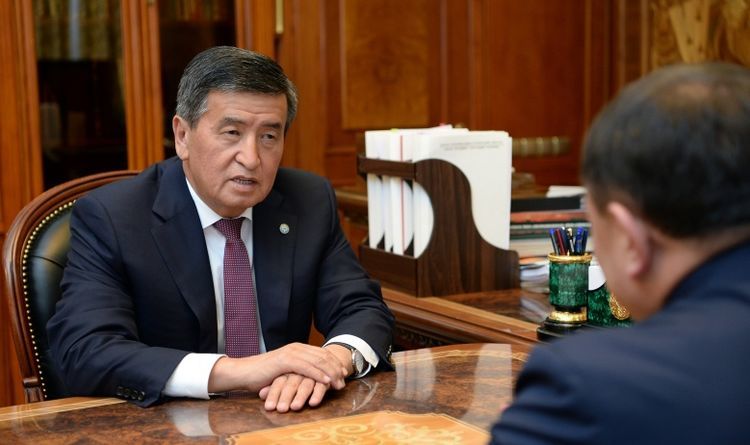 President of Kyrgyzstan Sooronbai Jeenbekov met with the Speaker of the Parliament Dastanbek Dzhumabekov the day before. Press service of the President of the Kyrgyz Republic reported.

They reportedly exchanged views on improving the legislative framework, social and economic development of the republic.

Related news
Deputies of 6th convocation of Parliament of Kyrgyzstan open next session
The president expressed hope that the deputies would fulfill their duties with particular responsibility. He expressed confidence that parliament members would pay special attention to bills within the framework of the state policy for development of regions and digitalization of the country, promotion of judicial reform and implementation of major social and economic projects that would improve the livelihoods of citizens.

The head of state noted the need for constructive interaction with the government and other state bodies in this direction.