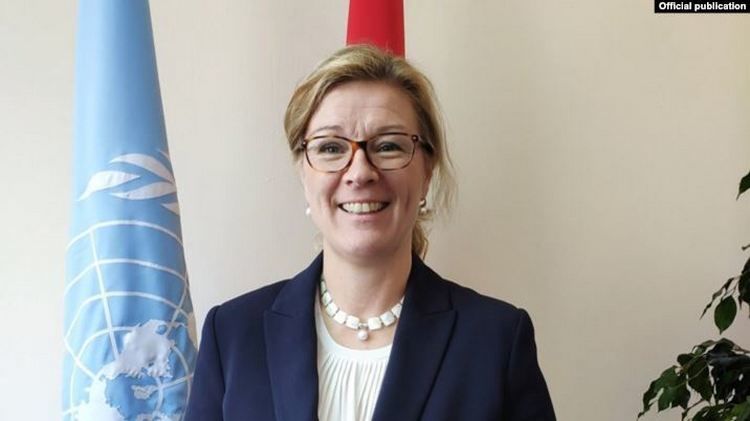 UNDP has a new Resident Representative to Kyrgyzstan — Louise Chamberlain. She has assumed her new position on May 8, 2019. The UN Development Program reported.

In 2018, a reform took place in the UNDP system, as a result of which a separate representative of the organization appeared.

Louise Chamberlain started her career in 1994 as Investment Advisor and she has worked in Newsec AB (JSC) till 1999 in Stockholm.

From June 1999 to 2000 Ms. Chamberlain worked as Project Evaluator and Monitoring Assistant (UNV Specialist) in Palestine.

From 2000 to 2003 she worked as Monitoring and Evaluation Specialist in the World Bank.

Prior this appointment Ms. Chamberlain has been the UNDP Resident Representative a.i. in Ethiopia for the period from December 2018 to May 2019.

Louise Chamberlain holds a Master of Science M.Sc. equiv. (Business and Economics) from the Stockholm School of Economics (SSE) of Sweden.