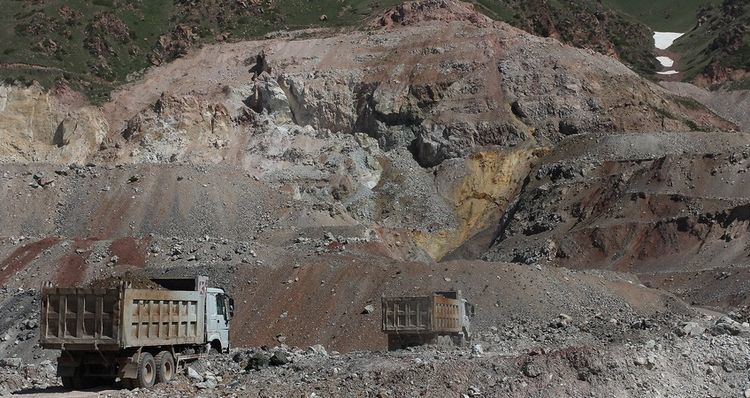 Manson Group Company won the competition for creation of a joint venture on the basis of the branch of Makmalzoloto industrial combine. Press service of Kyrgyzaltyn OJSC informed 24.kg news agency.

According to it, applications were submitted by three companies — Manson Group, Shynkykiyuan Frunze and Central Asian Metallcom companies. All of them suggested creating a joint venture in which 30 percent would belong to Kyrgyzaltyn OJSC, and 70 percent — to an investor.

Manson Group offered to finance the project entirely at its own expense with investment of $ 75 million in the project, taking into account the results of geological exploration. At the same time, 1,315 people will be employed.

The annual contributions to Toguz-Toro District Development Fund, prior to the commissioning of the gold processing plant and / or its modernization, should amount to 10 million soms, and from the date of commissioning the plant — 2 percent of the gross annual income of the joint venture.

The company proposed a set of measures for the application of modern and environmentally friendly technologies for the exploration, development and processing of mineral resources.

«To increase employment and develop the region’s economy, Manson Group company proposed to build a gas filling station, a shop, a mini market, a cafe, a fair, a two-story hotel at the gas filling station, a three-story hotel and tourist complex, a honey processing plant, a brick factory, a modular dairy plant, greenhouse-modular complex of polycarbonate,» Kyrgyzaltyn told.

The second bidder, Shynkykiyuan Frunze, offered to invest $ 34 million in the project and make monthly contributions to the Development Fund of Toguz-Toro district after the launch of the gold processing plant in the amount of 1.5 percent of gross annual income. The company planned to employ 800 people. To increase employment and develop the region’s economy, the company proposed the construction of sports facilities, an asphalt plant, a brick plant, a greenhouse for growing vegetables, a poultry farm, repair of the water supply system in Kazarman village, restoration of the central sewerage and heating systems, and construction of a boiler house.

The third bidder, Central Asian Metallcom company, offered to invest $ 69 million in the project. The company was ready to invest 1.5 percent of its gross annual income in Toguz-Toro District Development Fund, but after the launch of the gold processing plant. The company planned to employ 1,000 people. To increase employment and develop the region’s economy, Central Asian Metallcom offered to build a sports complex, irrigation canal, start production of construction materials from sand waste (brick, concrete block, paving slabs), build a milk processing plant, greenhouse for growing vegetables. In addition, the company was ready to provide social assistance to the population of the district, to train and improve the skills of the company’s employees from the local population.

By decision of an interdepartmental commission, Manson Group became the winner of the competition with 38.36 average points.

Related news
Almaz Alimbekov: Makmal should have been stopped six years ago
Recall, on September 1, 2018, gold production at Makmal field was temporarily suspended until its transfer to an investor. The mineral resource base of the field is completely depleted; further work was economically unprofitable.

Makmal is the oldest developed gold deposit in Kyrgyzstan. It was launched in 1986. According to the technical and economic calculations, it was planned to extract ore for ten years. Deductions of Makmalzoloto combine 95 percent form the budget of Toguz-Toro district.