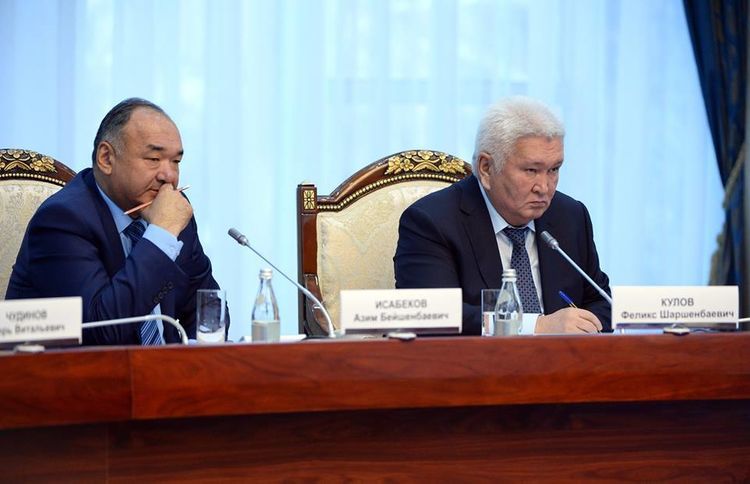 The Former Prime Minister of Kyrgyzstan Azim Isabekov suggested ways to replenish the budget of Kyrgyzstan at a meeting with the President Sooronbai Jeenbekov. The former head of government told 24.kg news agency.

According to him, during the meeting, the former heads of the cabinet of ministers expressed their opinions on the shortcomings that exist in the country, priority problems, the economy and development.

I advised on ecology, in particular, I told about the environmental problem of Kumtor gold mining plant, suggested how to attract investment in the country. We need construction of the Kyrgyz-Chinese railway.

«If the construction of the road starts, more than 5,000 people will get a job. This is an opportunity to export our products in addition to the air-transport method. Construction of the railway will allow replenishing the budget of the republic,» he said.

In addition, the former prime minister made proposals on the construction of a hydropower station in Sary-Jaz valley of Issyk-Kul region.

«One can build from three to five hydropower stations in this valley. When we worked, the Chinese side agreed to consume electricity if we build hydropower plants there,» added Azim Isabekov.