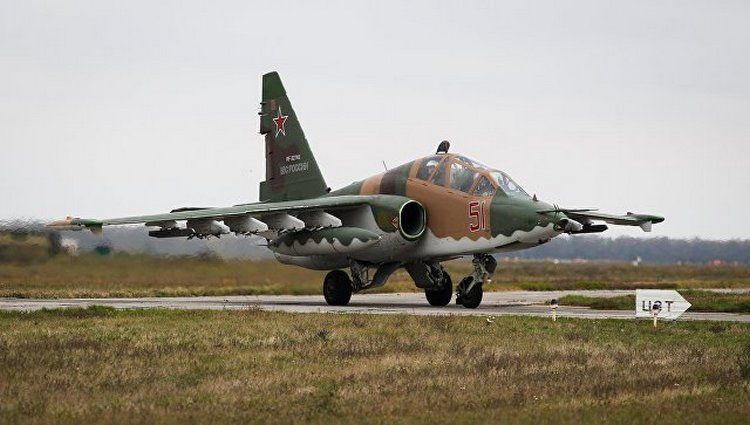 The crews of Su-25 attack aircrafts and Mi-8 helicopters destroyed a convoy of armored vehicles of an imaginary enemy at Edelweiss training ground in Kyrgyzstan. RIA Novosti reported with reference to the press service of the Central Military District of the Russian Federation.

«According to the flight and tactical exercises, during the reconnaissance in the mountains, a column of lightly armored equipment of an imaginary enemy was detected. Having received the data, an echelon of Su-25 SM Grach attack aircrafts conducted a missile-assault attack on the positions of «the enemy,» the message says.

The defeat of enemy vehicles was completed by two Mi-8 helicopters, which finished off the convoy by unguided aircraft rockets and destroyed the retreating «militants» from onboard cannons.

Kant united Russian air base is part of the Collective Rapid Deployment Forces and participates in ensuring the security of the airspace of the CSTO states. Su-25 attack aircrafts and Mi-8 helicopters are in service.